The Nokia X6 is barely one month old and it is now getting new features via an OTA update. If you follow Nokia or the Chinese smartphone space, you know that this is the first Nokia phone with a notch. The second one is the Nokia 5.1 that is still in the rumour realm. Anyways, the notch is much smaller than the Nokia 5.1 but notch haters won’t be any impressed with that move from Nokia. Hence, there’s an OTA update to appease them.

The Nokia X6 can now hide notches if it has received the new OTA update. It works pretty easy by just a toggle. When you toggle it on, a black bar appears creating the illusion of a top bezel hiding the notch in plain sight. Other features include portrait mode, background app restrictions, and app-hiding features as well. 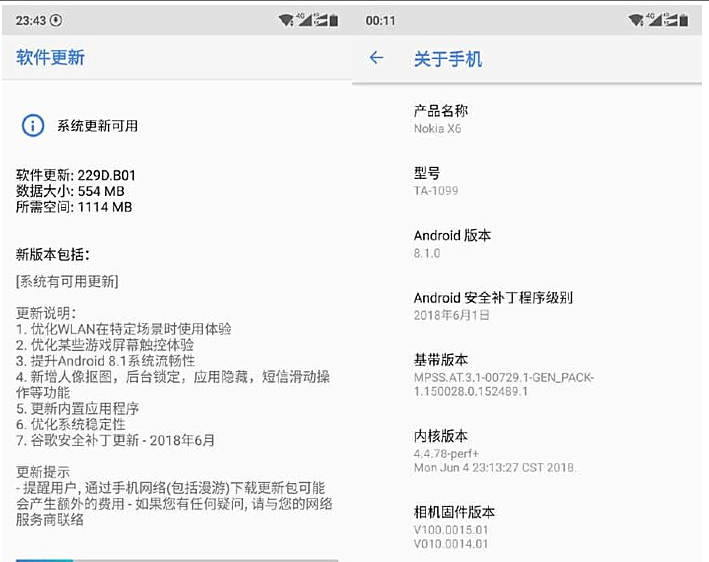 The Nokia X6 is still now a Chinese phone even though its release is unofficially confirmed in Taiwan via NCC. After that, it should head on to other Asia countries like Indonesia or India. The handset is one of the hottest-selling mid-rangers in China and if notch-haters didn’t like the phone, the update will give them some comfort.

Previous GPU Turbo schedule released: Mate 10 will be the first