Albeit controversial, 8848 phones have quite a following in China. Currently, there have been only four handsets released, all of them selling at insanely high price tags, but that’s what you have to pay to be at the top of the world. For those who aren’t aware, 8848 meters is indeed the height of Mount Everest.

Back to today’s news, the upcoming 8848 M5 has been certified by the Ministry of Industry and Information Technology (TENAA), so its design and specifications are now fully disclosed.

The 8848 M5 continues the hexagonal design of its predecessor – the M4, with its upper and lower corners protruding. At the front there’s also pentagon shaped Home button, meanwhile screen sized has been enlarged to 5.65 inches (TFT) and the resolution slightly increases to 2016×1080.

The back appears to be covered in leather, with the the central clock and watch pattern (on the M4) being replaced by a 1.99-inch AMOLED circular screen with a resolution of 390×390. There is a rear camera on the outer ring (still a single shooter) and flash. 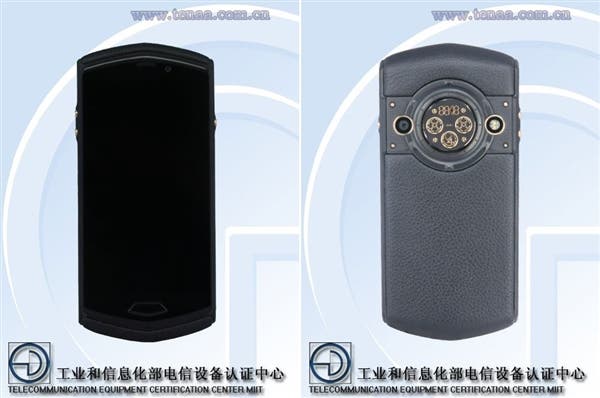 Overall it’s a step forward in comparison to the previous M4, with generally better specs. The only uncertainty appears to be the CPU, which experts suggest might be a Snapdragon 820.