Two new Xiaomi handsets with model number M1804C3CG/M1804C3DG have just been approved by the Federal Communications Commissions (FCC). The two new model numbers don’t come with many details but they will be running MIUI 9 out of the box, the docs reveal. It is a pity we don’t have an idea about the identity of the two devices. However, they could be the recently revealed Redmi 6/Redmi 6A since these have launched in China. 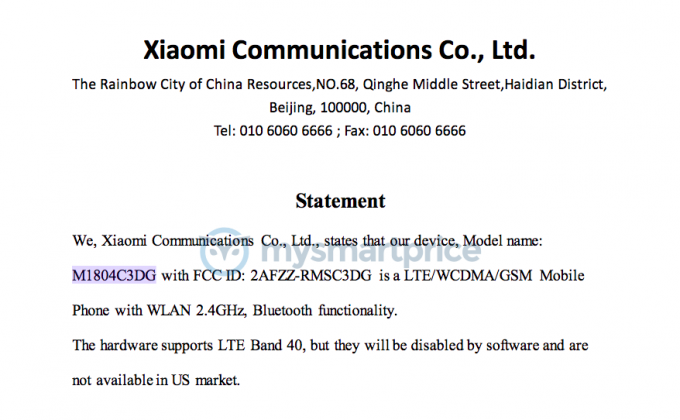 The Redmi 6 comes with a 5.45-inch HD+ display and an 18:9 aspect ratio. It has the Helio P22 chipset, something Xioami hasn’t used before in four years. It comes with Android Oreo and has MIUI 10. Since the two handsets we see at FCC are running MIUI 9, we can’t say whether these models are of the Redmi 6 series.

Recently, the Mi Pad 4 passed the FCC, and it has also been spotted on 3C China. It will have a very powerful Snapdragon 660 chip, 13MP rear shooter, 5MP selfie shooter, and a massive 6,000mAh battery. We’re expecting these two models to go official in the coming days. Stay tuned, we’ll find out what these new handsets are soon.

Previous [GizPoll of the Week] Which Is Your Best Gaming Phone?

Next Alleged Nokia 5.1 plus gets bluetooth certification