Xiaomi Mi A1 is a smartphone launched by Xiaomi in conjunction with Google in September 2017. It was the first Xiaomi smartphone to come with stock Android. Earlier this year, the company faced a lot of challenges in bring Android Oreo to the Xiaomi Mi A1. However, fresh reports suggest that Xiaomi has commenced the beta testing of Android 8.1 for the Mi A1. Although Xiaomi has not announced any date for the release of this update, the company is testing the Android 8.1 update together with the June security patch, which means that the push of this update is imminent, perhaps by the end of June or early next month. 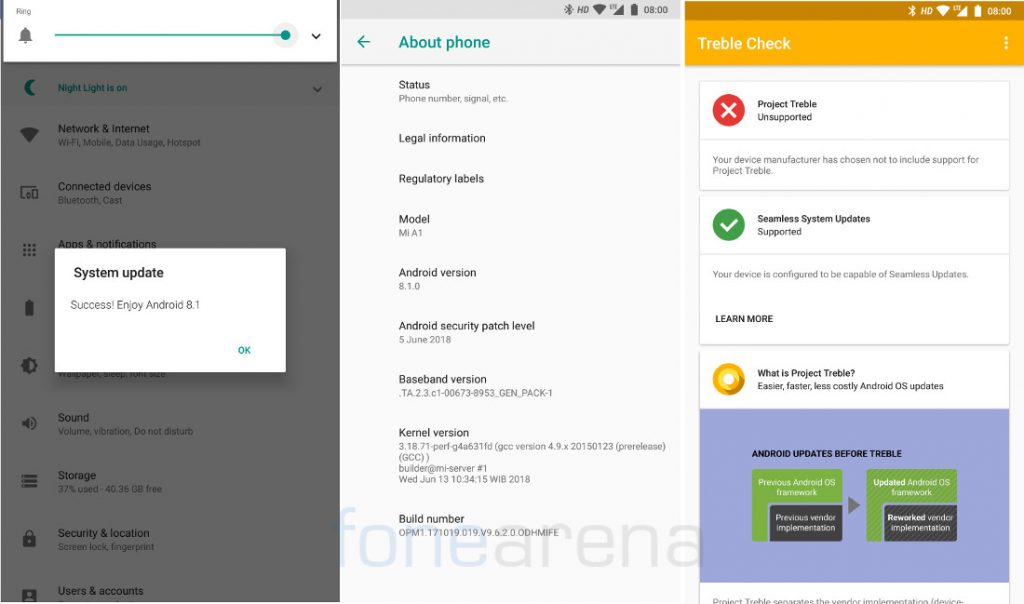 As a reminder, Xiaomi Mi A1 is scheduled to be one of the earliest Xiaomi devices to receive Android P whenever it arrives. This is definitely a good news for those who already use this device or who intends to do so. If you wish to purchase the Xiaomi Mi A1, below are a couple of links you may consider.

Previous Oppo Find X Confirmed to Come with an Unheard Before Screen to Body Ratio of..