Last year, LG released a sort of stripped down version of the LG V20, and it was called LG Q8. Now, we’re reporting two new models that are definitely successors of the LG Q8 this year. These two models – the LM-Q815S device along with LM-Q815L appeared on the KCC, which is Korea’s version of FCC this month. At that time, the identity wasn’t very explicit but now the two phones have showed up on a list of Google Play supported devices. 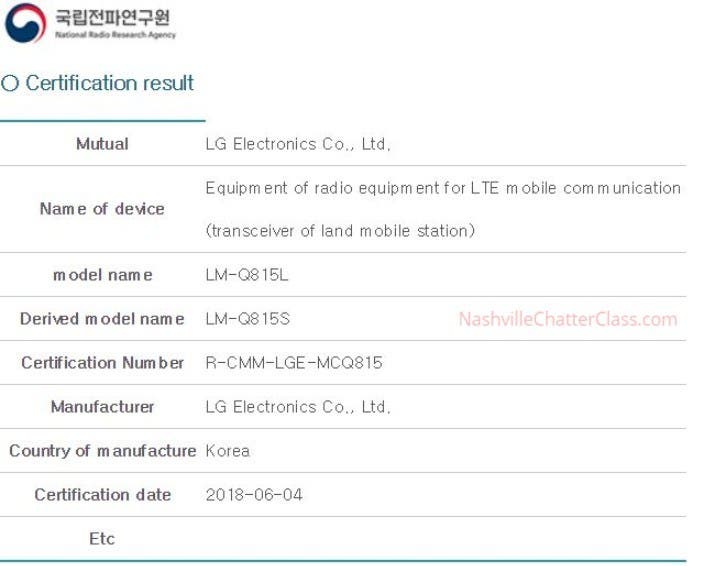 While there was a bit of doubt regarding their actual identity, this ought to make things crystal clear. The two models are named LG Q8+ which is their marketing name while they are codenamed cv7an in the modding community. Among these two model numbers, the LM-Q815S was also approved by the Wi-Fi Alliance lately. At present nothing of its hardware or design is yet known. However, we can predict that it will take cues from the LG V30. Since the LG Q8 (2017) was based on the LG V20.

Recently, the Korean manufacturer has also released the LG Q7 trio worldwide. The three handsets have now received price tags in S. Korea and will launch in regions across the globe in the coming months.

Next Motorola working on Android Go phone, could launch as Moto C2