Most of the iPhone SE 2 leaks that have come our way are either cases or CAD renders or even just concept makers. Olixar which is a case maker that is thought to be a trusted source for a number of flagship smartphone leaks last month revealed that it is starting production of iPhone SE 2 cases with reports from its close sources stating that it is going to release soon. However, now the case maker has made a U-turn and claimed that there will be no iPhone SE 2 this year.

Olixar states that its close sources in the industry have told it that Apple will not be making any iPhone SE 2 this year. Hence, it has stopped production of related accessories at notice. The iPhone SE 2 CAD renders disseminated recently suggested a design close to the iPhone X but in a miniature metal shell and a glass back design. There were numerous case and front panel leaks as well that hinted at a notch design that would grace the mini iPhone. 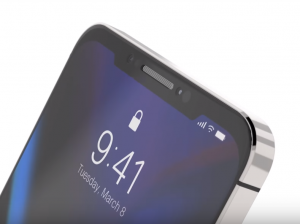 However, Apple never said a word about the iPhone SE 2. Furthermore, strong rumours of three iPhones this year also say that Apple will be making an affordable LCD iPhone this year. Since the industry is mostly gravitating towards bigger screens, which the LCD iPhone has, and it will be cheap, ultimately leaves no reason for the iPhone SE 2. However this is merely hypothetical, and Apple would still release an iPhone SE 2 handset if it wants to, but today’s latest report from PhoneArena suggests that is not likely.

Next JD.com to Receive a $550 Million Investment from Google