The Oppo Find X, as we know it, has managed to evade even the most prying eyes in the smartphone industry. Hence, a day ahead of launch, there is a lot of mystery surrounding the design of the handset. Even though, some renders and video clips floating around the world wide web have let us peek at somethings ever so slightly. However, an Indian publication has now got confirmed information from Chinese sources in the form of a document that reveals all. So, shall we say, All is revealed!

Lets get to the most interesting detail first. The Indian publication, Beebom, says that the document reveals a double-sided glass design without any cutouts. So, we can say Adios to the notch this time at least. The ambient light and proximity sensor are “below the display and around it”, while the back is nothing but glass.

It also seems that the video that displayed a slide out camera is certainly true after all. The document also refers to such a design. So, we’ll have a front camera slide out from the back which is a relatively safer mechanism compared to the Vivo Nex pop-out camera.
Another interesting detail revealed in the document suggests the Oppo Find X in reality has a bit lower screen-to-body ratio of 92.3%. This isn’t what has been teased but it is unlikely to disappoint as it is still an industry-leading ratio. An interesting thing to note is that there’s no mention of a curved display anywhere by the source. So, it could be that we might end up with a simple flat screen.

The other important aspect described is the fast charging capacity. It is said to be a 3,730 mAh battery that will take 30 minutes tops to juice up fully. That means we will likely see Super VOOC on the handset.

Also, the Find X will even feature the “3D structured light technology” to enable Face Unlock that’s as secure as the iPhone X. There’s no mention of a fingerprint reader, so Oppo might have finally kicked the trusty old sensor out just like Apple. Again, we’ve not didn’t see a single reference about the oft-rumoured periscope-style 5x lossless optical zoom tech anywhere. So, that’s a thing just to be kept in mind. 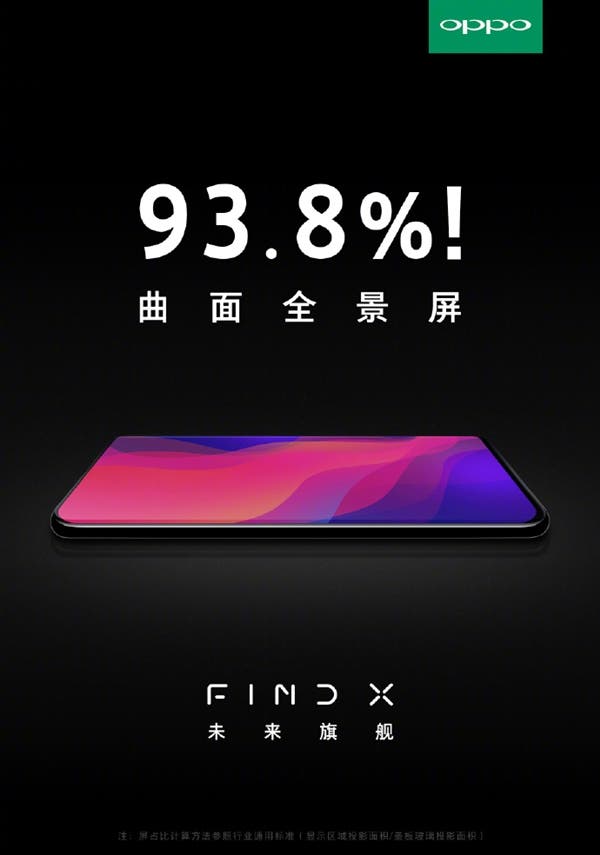 And finally, the Find X will be unleashed in the Indian market as well in July around a price tag of Rs 50,000, says the website citing sources. Do note that the doc which was received by the portal is in Chinese and their might be few numbers that got lost in translation. Oh, and one last thing, it seems the doc referred to the device as Oppo N5 and not Find X. Although this could be a completely internal name, but why would Oppo name it after the Oppo N1 series. So, lets just wait for the official name at tomorrow’s launch event.

As for other specs, they’re close to what we’ve been hearing from the rumour mill. Take a look at the ones taken from the source below .

Previous Vivo Nex heading to India in July, price could be around Rs 40,000

Next Xiaomi MI 8 goes on sales outside China, now available in France and Russia