Xiaomi’s Mi A2 seems more and more an official device as we head to the end of June. Though Xiaomi hasn’t declared anything, a prototype Mi A2 popped out of nowhere on YouTube at the weekend. And although that was good enough evidence to prove its existence, here is something more solid.

The Mi A2 has now appeared on a Swiss retailer’s website. The listing on the website named Digitech.ch discloses a lot of specifications of the handset as well. More importantly, it also reveals the price. As per the listing, the Mi A2 will cost 289 EUR (Rs.22,800 approx) for the 32GB variant. The 64GB variant will retail for 329 EUR (Rs.26,000 approx.) and the top of the line 6GB +  128GB variant will set you back 369 EUR (Rs.29,100 approx.). This does seem somewhat pricey compared ot the MI A2’s equivalent Mi 6X in China. However, the Indian variant could be priced differently, suggests Mysmartprice, source of this leak. 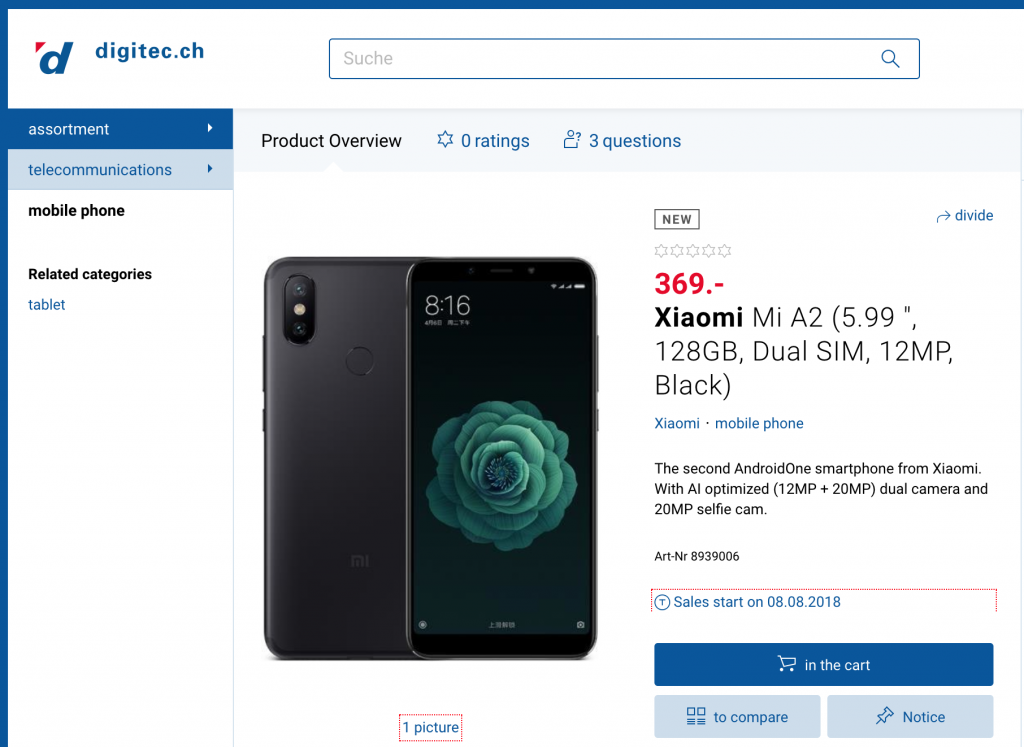 The listing also states the sales date of the Mi A2 in the country as starting 8th August 2018. This means the handset will launch early on in August or possibly even in late July.

Although we know that specs won’t vary much from the Mi 6X, the retailer has also listed the major details. It has the same 5.99-inch Full-HD+ display, the 12MP + 20MP AI camera, and a 20MP selfie camera. Launch in India is usually before the global launch so we could see the handset in India in mid-July. This is still a guess, we will still standby for Xiaomi’s official confirmation regarding the same.

Previous JD.com to Receive a $550 Million Investment from Google