The LG G7 ThinQ is already announced but it has yet to reach many Asian regions. However, the Korean manufacturer is charting a trajectory for its flagship to land in Taiwan on June 22. Hence, we’ll be expecting the company to reveal the pricing and the variants of the handset on that date. Hopefully, they won’t take much time to arrive in India after that. Currently, it’s selling for around $830 in S. Korea. 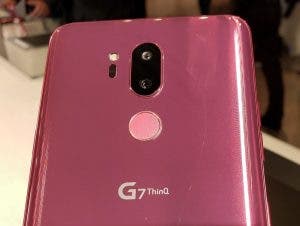 Besides adding the weird ThinQ phrase to its flagship moniker, the G7 also comes with a change in philosophy of the old phone maker. Now, the company is focusing on what sells and doing few experimentations like the LG G5. That is why the G7(that is what we’ll call it here) comes with a design now in vogue. It has two variants: G7 and G7+. And like previous flagships, the “+” simply denotes a change in ROM and RAM. The former has 4GB + 64GB while the latter has 6GB + 128GB combo.

The standout features of the phone include the Boombox speakers, the 6.1-inch LCD display that goes above 800 nits, Snapdragon 845, MIL-STD 810G (military-certified body) and IP68 ratings. For more info on the LG G7 flagship, check this article here.