Chinese manufacturing giant, Huawei, has released an update for its Honor 10 smartphone. The main highlight of this update is that it brings EIS to the camera and adds Party Mode to the system. With Party Mode, a user can connect to multiple smartphones and play the same song. The first OTA update for the Honor 10 has been received in India and it is expected to arrive other regions soon. 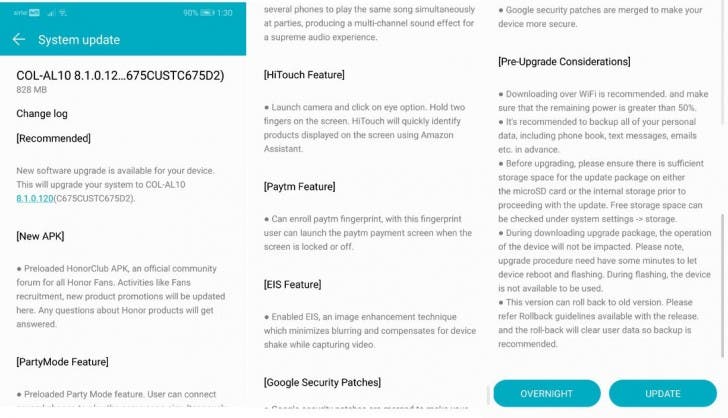 This update also comes with May security patch and bug fixes. It weighs about 828 MB and has a system number COL-AL10 8.1.0.120(C675CUSTC675D2). In addition, Honor 10 users can now get first-hand questions, answers, and announcement with the Honor Club app that comes with this update. The update also includes a tweak to the camera by adding the HiTouch feature. This feature basically identifies products on Amazon when two fingers are placed on the screen. Finally, paytm fingerprint can be added so that a simple touch of the fingerprint sensor will activate the paytm screen.