On May 31st, Xiaomi released its new Xiaomi Mi Band 3 which precedes two years old Mi Band 2. This product has generated a huge traffic and it seems that Xiaomi’s supply chain for the Mi Band 3 is adequate for the demand. On the first day of its release, over 600,000 reservations were recorded and this figure must have risen by now. Presently, the company has released an update for the Xiaomi Mi Band 3 which adds the mute feature to the device. This means that when a smartphone is paired to the Mi Band 3, users can remotely mute the smartphone from the band. As of now, this update is only available for Android smartphones. There is no confirmation of iOS version compatibility. 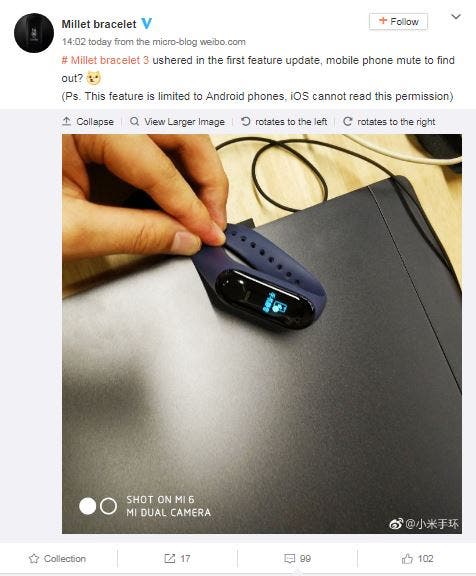 Xiaomi Mi band 3 was launched with a 169 Yuan ($26) price tag but the NFC version was launched for 199 Yuan ($30). However, due to the high demand earlier, third-party online stores were selling this band for as much as $50. 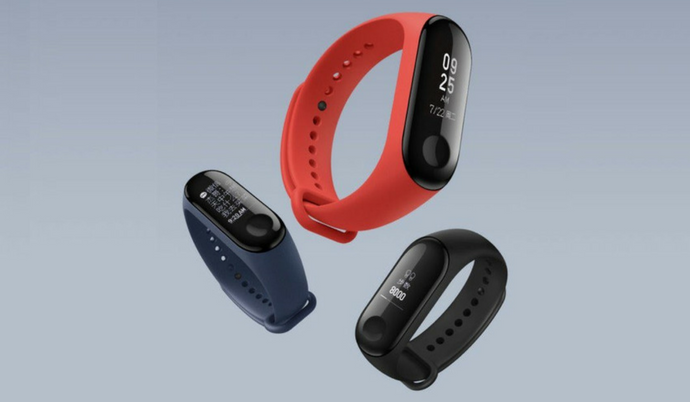 Xiaomi Mi band 3 comes with a removable straps design just like its predecessor. There are three color options to choose from – red, black, and blue. It is also packed with a new and larger 0.78-inch OLED touchscreen that provides a resolution of 128×80 and can display up to 24 Chinese characters at a time. In terms of functions, it supports pedometer, heart rate, and other sports watch functions. In addition, the Xiaomi Mi Band 3 is capable of showing the weather, notifying about calls and messages, and searching for lost phones. It also supports a feature that lights up the display when the hand is lifted. Under the hood, the Xiaomi Mi Band 3 sports a built-in 110mAh battery, which provides up to 20 days of life. Plus, is sports a secondary screen showing much useful info. One of the selling points of the Mi Band 3 is its waterproof function. Now it can be immersed in water of up to 50 meters. Thus you can wear it when swimming. If you already have the Xiaomi Mi band three, let us know if you have received this update, however, if you need to own one, see the following stores below