Today, Huawei’s EMUI official took to Weibo and announced that the EMUI 8.1 system on top of Android 8.1 beta is now available for Huawei Mate 10 and Mate 10 Pro. Users of this smartphone who will like to get the first experience can go to Huawei Pollen Club official forum to sign up. From the announcement, the following models will be able to participate in this beta testing program 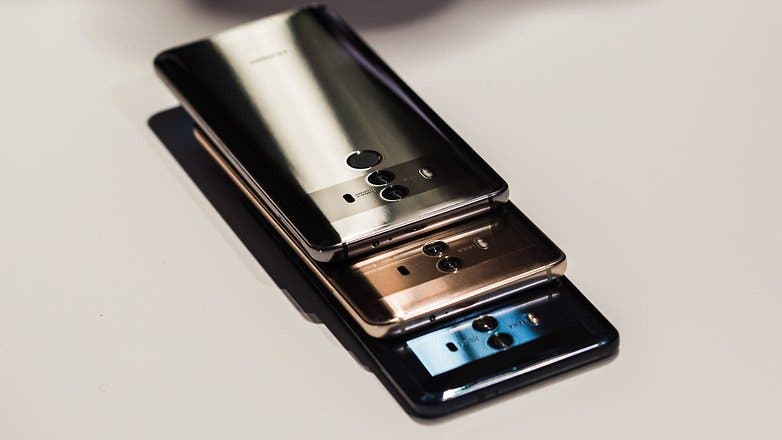 According to He Gang, president of Huawei’s mobile phone business, this update should be added to the GPU Turbo technology which is aimed at improving graphics by 60% and SoC performance by 30%. 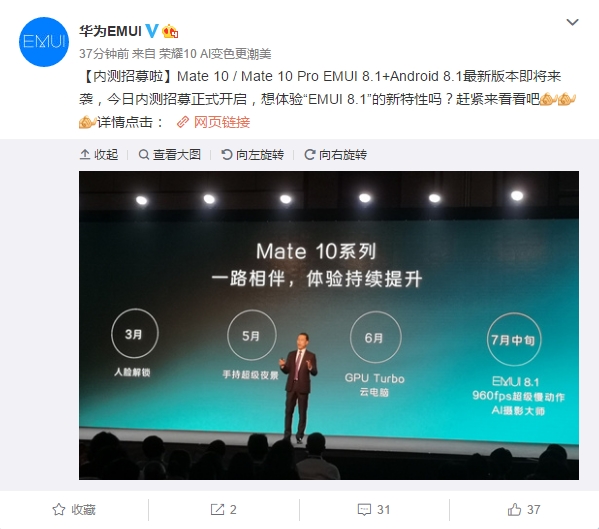 Before signing up to participate in the beta testing program, please make sure that your smartphone version is B113 and ensure that your device has not been rooted. EMUI 8.1 is based on Android 8.0 depth customization. It is equipped with an AI intelligence engine that can intelligently schedule CPU and memory resources, and match application requirements based on application priorities to ensure the best user experience. In addition, it can actively organize memory fragmentation, background memory compression, and a new file system with its own defragmentation mechanism, making the system interesting.