There has been a quest for a true full-screen smartphone and this has pushed many OEMs to adopt the notch design which was popularized by iPhone X. However, OPPO has done something innovative with the OPPO Find X camera system/full-screen display and this tech has the potentials to go mainstream.

Yesterday, we saw the launch of the top-notch Android flagship smartphone, OPPO Find X. This device is a truly innovative smartphone that comes with features which everyone will like to try out. One of its amazing features is the slide-up camera which enables it to achieve a 90% screen-to-body ratio, the highest ever in the smartphone industry. OPPO’s approach involves the use of a dual-rail periscope structure that hides the phone’s 3D structured light sensor and the front/rear camera sensors in the up-sliding periscope that automatically pops up when the camera is launched.

According to the company, it takes only 0.6 seconds to launch which is not a long wait to unlock your phone or take a selfie. However, it is very common for a smartphone to slip off the hand while taking a picture. At that point, the pop-up camera is exposed so what is the protection against a fall? OPPO used a special anti-fall design for this smartphone. This means that once you launch the camera and suddenly the phone slips off your hands, the periscope detects the fall and retracts. In addition, both the front and rear glass and metal middle frames of the periscope have plastic buffer layers for more protection. Furthermore, OPPO also gave the assurance that irrespective of the intensity of usage, the periscope which contains the front and rear cameras has at least 5 years lifetime. 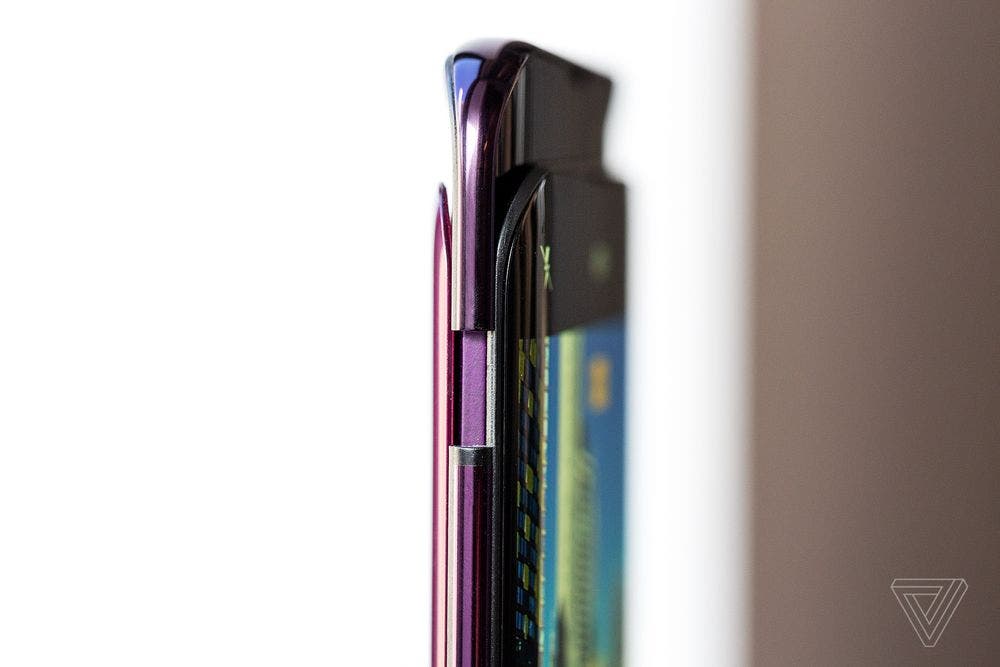 Since the speaker is located at the very thin top fuselage, users don’t need to pop-up the periscope during calls.