Chinese manufacturing company, Xiaomi, is not restricted to hardware and gadget manufacturing. The company can also boast of a fairly good internet service as well as a strong software research and development team. When Xiaomi Mi Drop was Launched back in November, it was an in-house file transfer app with a lot of restrictions but now, this app is compatible with other devices which means that even non-MIUI users can use this app. The latest news is that Xiaomi Mi Drop which was released on Google Play at the end of last year has exceeded 50 million downloads after just 6 months. The sudden popularity of this app is an indication of its top-notch performance. 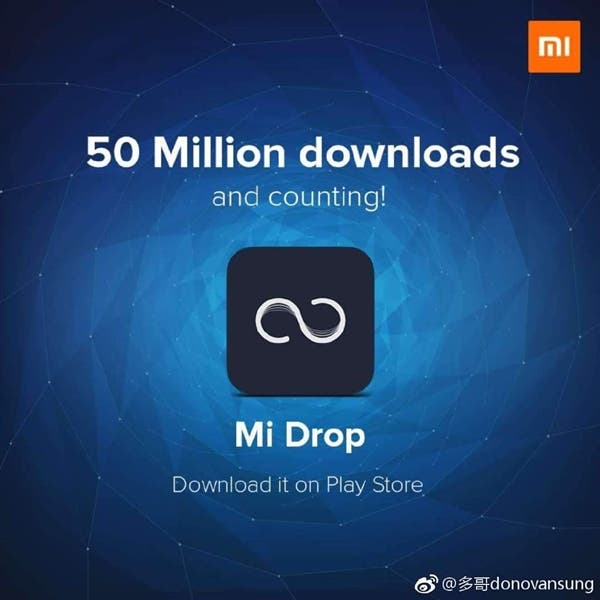 This app is a mobile content transfer tool and it does not have a complex pairing configuration. It can get rid of complex sharing methods such as data lines and Bluetooth. This app seamlessly transfers documents, videos and audio files in good time. All Xiaomi smartphones released after November 2017 comes with this app by default. Also, all Xiaomi’s update that came after November  2017, comes with this app. So if your device is old but you have downloaded a recent security patch or any other update, you definitely have the Mi Drop app.

Previous Xiaomi To Start Offering Its Shares On June 25