Meizu mostly plies its trade in China but the brand does launch some phones now and then in India. The company has been active with flagship launches like the Meizu 15 in its home country but it has now formally launched the Meizu M6 in India. There weren’t any events or press releases, just a simple silent launch on Amazon.in has taken place. The handset launched way back in September 2017 in China and has now reached India after a span of around 8 months. The company teased the phone for Indian users in November last year.

The Meizu M6 succeeds the Meizu M5 that was launched last year and there’s just one base variant availabe. That is the 2GB + 16GB variant in Black colour. If this is indeed the same as the Chinese M6 from the inside, then it has the entry-level MediaTek MT6750 chipset while the rear camera is a 13MP sensor. The front has a 8MP selfie shooter and comes with algorithms from Arcsoft for great selfies. 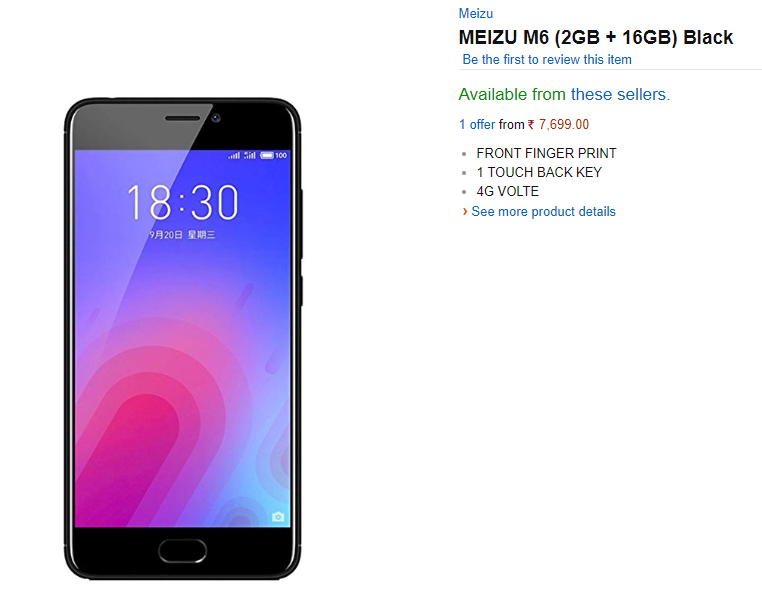 It also has 4G VoLTE, dual SIM options, and comes with a 5.2-inch HD display with 16:9 aspect ratio. That aspect ratio is why you’ll still see a physical mBack button that can be used for all kinds of navigation. It also doubles as a fingerprint reader and it draws power from a 3,070mAh battery. The Meizu M6 is priced ₹7699 ($113) in India which isn’t very impressive compared to what competitors like Xiaomi are offering this year. Link for the listing and more specs is here.