Last week, VIVO officially released a new flagship, which comes with tons of innovations. The VIVO NEX sports a genuine full-screen design, a pop-up front camera, an under-display fingerprint scanner, an AI-rich software, and many more. But people want more. Seems, VIVO wants more as well. Yesterday, it was disclosed through Weibo that VIVO will demonstrate a new technology at this year’s GSMA Mobile World Congress Shanghai 2018 that will be held 27-29 June at the Shanghai New International Expo Centre (SNIEC). This new technology refers to the TOF 3D depth camera. 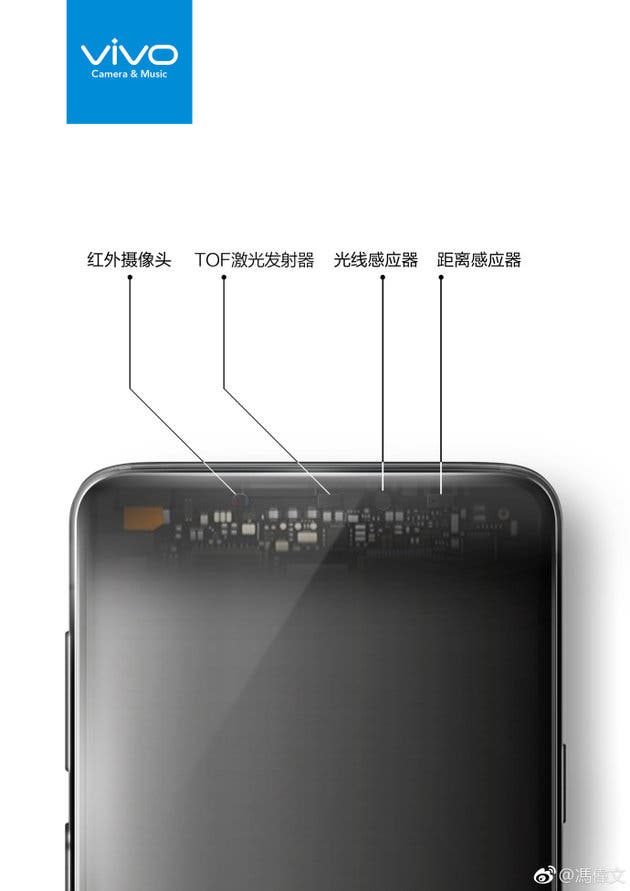 TOF (Time of Flight) is actually an optical radar system, which is different from the structured light represented by Apple and used in the Xiaomi Mi 8 for the first time on an Android-running smartphone. In addition to being able to recognize human faces better and more quickly, the recognition distance can be enhanced. Moreover, it does not require the face to be in front of the screen to process.

As dronezone explains; ‘Time-of-Flight (ToF) is a method for measuring the distance between a sensor and an object, based on the time difference between the emission of a signal and its return to the sensor, after being reflected by an object.

ToF is scannerless, meaning that the entire scene is captured with a single light pulse, as opposed to point-by-point with a rotating laser beam. Time-of-flight cameras capture a whole scene in three dimensions with a dedicated image sensor, and therefore has no need for moving parts.’

In addition to the abovementioned two advantages, the overall module of the TOF depth camera will not be too large, and it will be possible to avoid bangs. Taking into account the momentum gained by VIVO, this technology is very likely to be used in a flagship model launched in the second half of the year.

Next Jovi AI Makes VIVO NEX The Most Intelligent Phone