On the evening of June 12, VIVO released its new product dubbed the VIVO NEX in Shanghai and announced the product will officially go on sale on June 23. Actually, this smartphone comes with tons of innovations such as a true full-screen, pop-up camera, Jovi AI and so on. Especially, the latter is an important feature as it makes the use way easier and smarter. The Jovi AI independent button, independent voice chip, and the addition of an upgraded Jovi manual make the NEX become one of the most intelligent smartphones around the globe.

Two highlighted features of Jovi AI are the voice assistant and the smart screen. For the former option, there is a special key on the side. So using it you can give voice commands to the handset and do daily operations easier and more quickly. Moreover, the VIVO NEX also provides the Jovi intelligence engine that can self-learn according to the user’s habits of using the phone and intelligently allocate resources on the system. As a simple example, when users use the NEX for more than one week, it can accurately predict the next application to be used. The accuracy rate is over 86%. That’s why the performance of this handset is smoother. 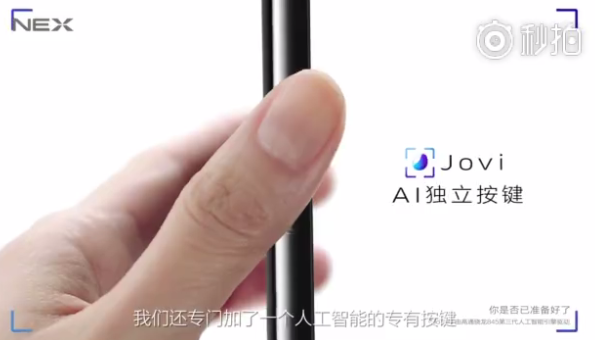 In addition to Jovi’s physical buttons, the VIVO NEX also supports a voice wake-up mode. Separately customized language chips enable NEX to solve voice recognition and de-noise processing through low-power 24-hour long standby. Even in a noisy environment, Jovi can sensitively recognize voices and get complex operations in one sentence. 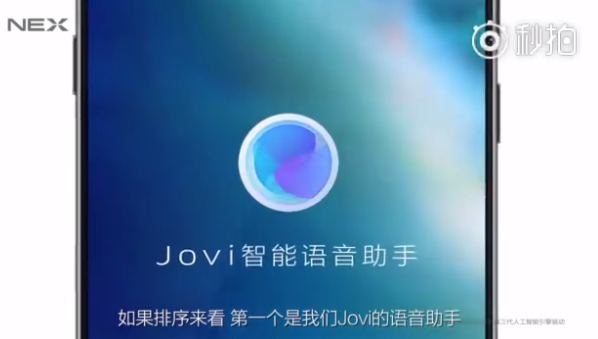 Jovi is a genuine artificial intelligence engine. So it can accurately grasp the consumer insights and needs, and provide the best service. For example, the phone will tell you to leave the workplace and go home when you are working overtime until the middle of the night.  Another example, when you are about to travel, it will remind the weather, road conditions, etc.

At last, to better cope with the arrival of the AI era, VIVO will establish a global artificial intelligence research institutes in Beijing, Nanjing, Hangzhou, Shenzhen and the United States.