At the beginning of this month, Moto Z3 Play, the latest flagship of Lenovo’s Moto officially released overseas. Today, on June 22, the phone became available for pre-order in the US at a price tag of $499.99. The phone will ship on June 29. 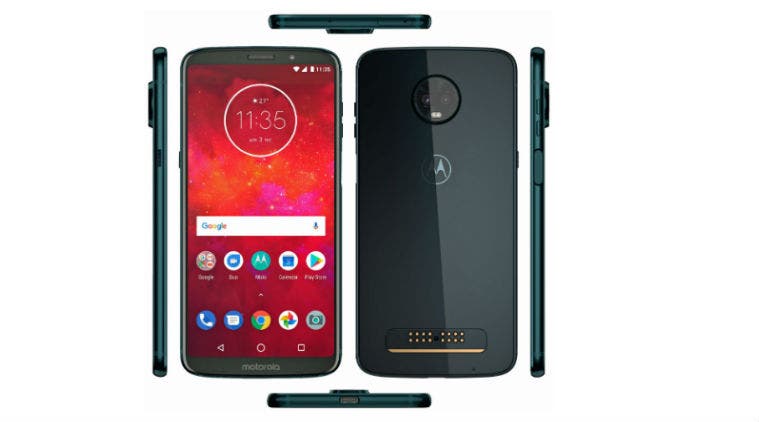 It comes with a familiar. Probably, the manufacturer didn’t want to touch many design elements not to affect the brand’s recognition level. Even the thickness of the fuselage is identical in comparison to the previous model. It’s only 6.75mm. Because of the slim body, the Moto Z3 Play with its 6-inch display weighs only 156g. However, there are also some changes. The fingerprint identification module is placed on the right side of the phone’s middle frame like the new Meizu models.

As for hardware, the Moto Z3 Play uses a 6-inch 2160×1080 resolution AMOLED display, a Qualcomm Snapdragon 636 processor, a 4GB of RAM, and a 32/64GB of storage. There is an 8MP frontal camera and a 12MP + 5MP dual-camera placed on the back. The battery capacity is 3000mAh and it supports 15W fast charging option. Our protagonist runs on Android 8.1.

There is no information when the Moto Z3 Play will be available in other markets, but if it launches in China with an identical price tag, there will be no chances to compete with the domestic brands. Say, Xiaomi’s phones with a similar specs list costs around thousand yuan ($153). It can’t compete even with its siblings. The Lenovo Z5 with the same processor costs 1299 yuan ($199). On the other hand, the Moto Z3 Play may never go outside America.

Next Zeblaze VIBE LITE 5 ATM Waterproof Smartwatch on Sale at $23.99