We know that the Nokia X6 was officially in Beijing last month. There were three color options, including Starry Sky (black), Dark Blue, and Polar White. However, initially, only the black version went on sale. Today, Tmall announced the blue variant with a 4+64GB combination, priced at 1,499 yuan ($230). 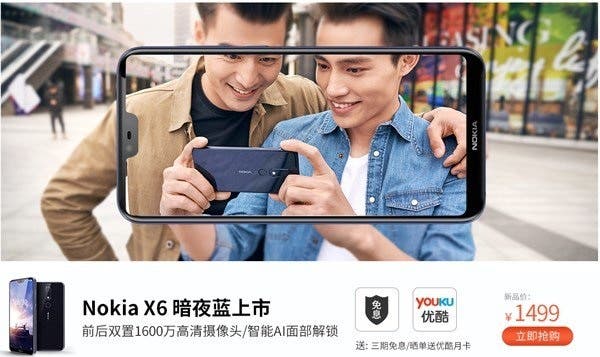 The Nokia X6 is the return of the Nokia X-Series. Therefore, HMD should do its best not to let down Nokia fans. Actually, it does. The Noki X6 comes with a notch screen, the ratio of which reaches 86%. The bangs part carries a front camera, earpiece, and the proximity sensor. On the chin, we can find a Nokia logo.

The phone uses a double-glass design with a 2.5D arc glass and Corning Gorilla glass. The middle frame is made of metal. But it is also covered with a glass. So when holding it in hands we feel how comfortable it is to interact with the phone. The ergonomics is at the highest level. 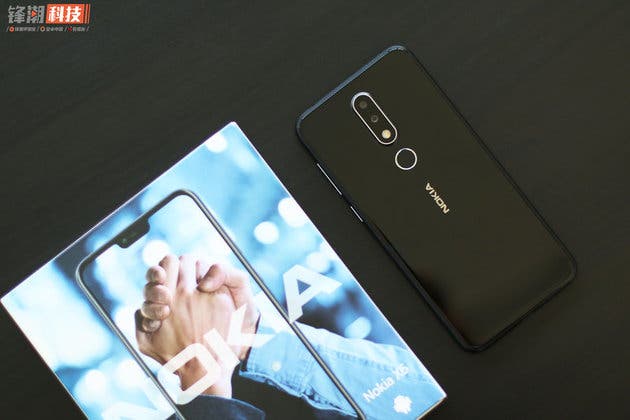 The Nokia X6 is a classic mid-ranger, when it comes to hardware. Under the hood, it carries a 636 processor, which is paired with a 6GB of RAM, 64GB of internal storage, and a 3060mAh battery. The latter also supports QC3.0 18W fast charging. Charging 5 minutes only will get up to 50% power. The phone also runs on Android 8.1 and will be soon updated to Android P.

Nokia is gaining momentum, and it decided to focus on the Chinese market. Though the competition is tough here, Nokia is a very popular brand. So it will be easier to restore its name here rather than in another market. Not surprisingly, the first batch was sold out in 10 seconds.