We’ve been talking about the Xiaomi Mi Pad 4 quite a lot in the past weeks, but that will come to an end in two days. On June 25th, the tech giant headquartered in Beijing will indeed launch the much awaited successor to the highly regarded Mi Pad series.

Apparently Xiaomi couldn’t wait until that day though, as they just released a teaser on Chinese social media site Weibo, which confirms some of the specs that were rumored about the tablet.

According to the teaser, the Xiaomi Mi Pad 4 will be sporting an 8-inch display with a 16:10 aspect ratio. The Mi Pad 4 appears to be featuring an ultra-narrow frame design, metal back shell and a more rounded body. There is no fingerprint recognition module on the front, which has been replaced by a camera used for face recognition. 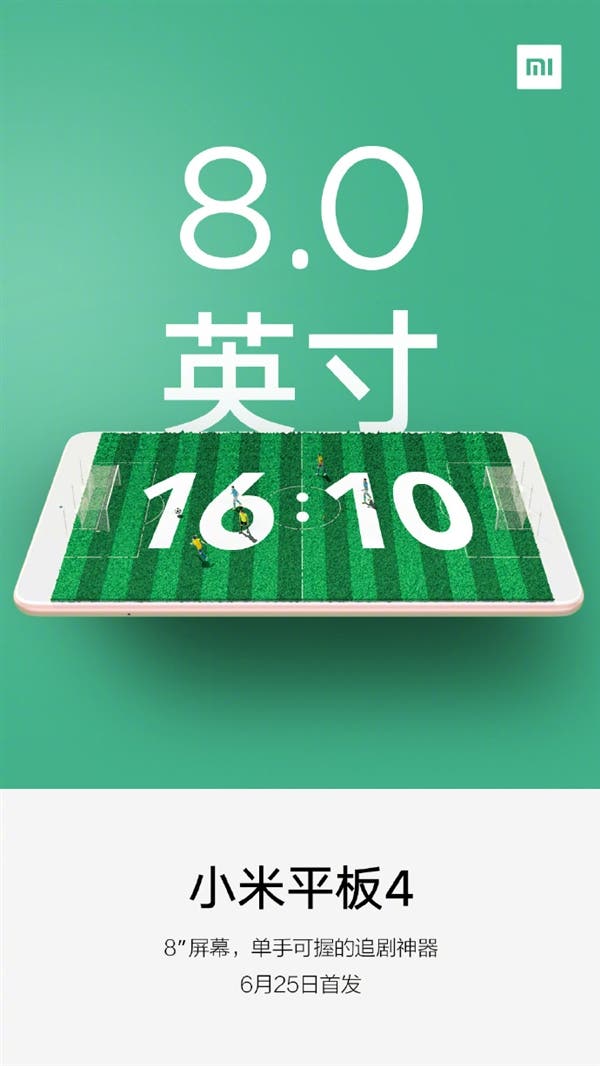 What do you guys think about the device? Are you looking forward to it? Let us know down below!