There has been a lot of fuss regarding the upcoming Xiaomi Mi Max 3. This smartphone has passed through FCC, TENAA and some of its features have been speculated. Most recently, the Xiaomi Mi Max 3 appeared briefly on Xiaomi’s official website and now, we have an idea of its pricing. According to a new leak, this smartphone will sell for 1699 Yuan ($258) which is quite fair and it maintains the pricing system of its predecessors. 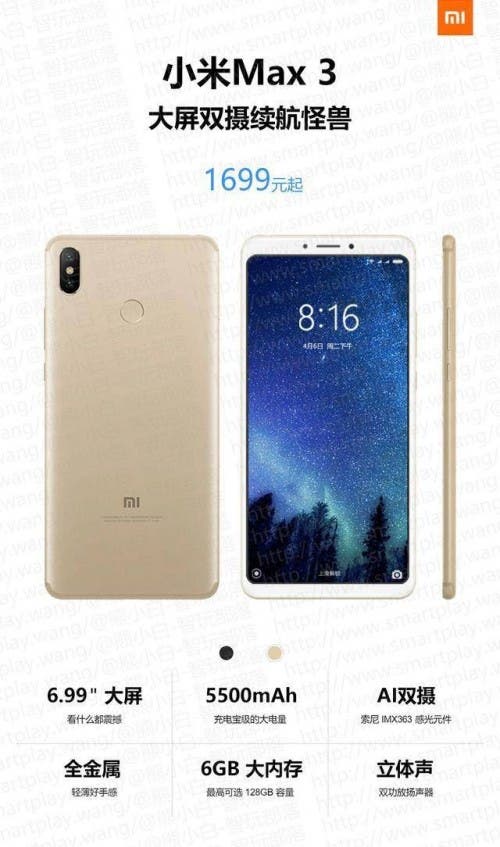 From rumors, this phablet will be powered by an octa-core Snapdragon 710 SoC coupled with 6GB of RAM and 128GB of internal storage. It will be equipped with a 6.99-inch IPS display with an 18:9 aspect ratio. An AI-assisted Sony IMX363 dual rear camera setup is almost certain for this device and its software will be handled by Android 8.1 Oreo out of the box. We can also expect a huge 5,500 mAh battery to keep its lights on as well as dual stereo speakers.

Looking at the rumors so far on the Xiaomi Mi Max 3, this smartphone should be released sometime in July, probably early July.