Today, a screenshot surfaced online which shows a display suspected to be that of the upcoming Meizu 16 Flyme OS with special interactive gestures. In addition to Meizu’s classic mBack, this system has an Android navigation bar, and a gesture navigation is also provided. The middle of the bottom of the screen slides back, and the top slides back to the home page. 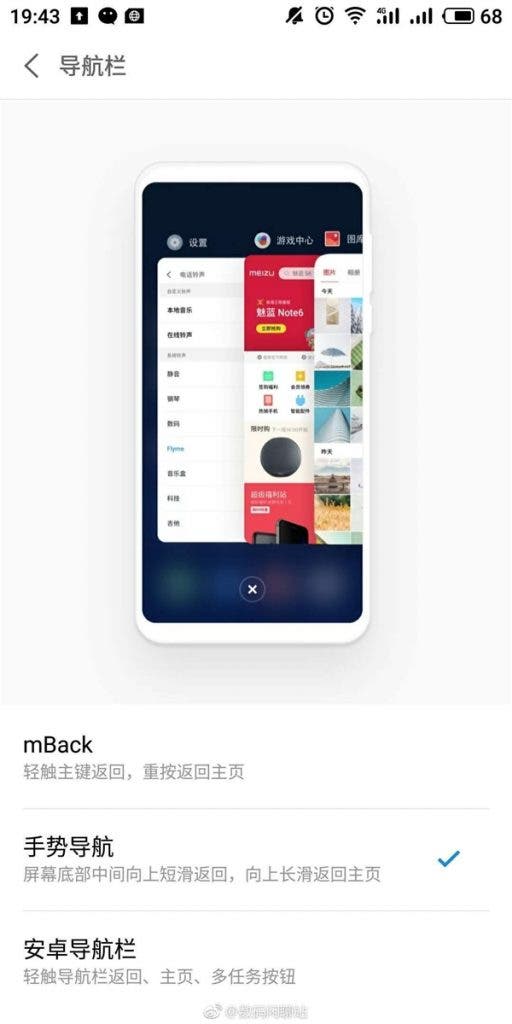 The authenticity of the above-mentioned interactive feature is yet to be confirmed. Prior to this, Huang Zhang, CEO of Meizu had disclosed that the Meizu classic interactive mBack will evolve and the classic dot design will be canceled. In addition, Huang Zhang also confirmed this smartphone has two models – Meizu 16 and Meizu 16 Plus and both will be equipped with a Qualcomm Snapdragon 845 processor coupled with up to 8GB of RAM and an on-screen fingerprint sensor. For Meizu, the use of a Snapdragon 845, 8GB of RAM and an on-screen fingerprint sensor is new and it will be the first in the history of the company. These are also considered as the biggest advancement in the Meizu 16 series and it is worth waiting for.

Next New Vivo Z1i Appears Online With A Snapdragon 636 Chipset