President of Huawei’s mobile phone product line – He Gang – just announced that the GPU Turbo technology has just been released for the Huawei Mate 10 lineup. Which means Mate 10 series users can now apply to upgrade directly through the dedicated Huawei Mobile Services app. Making them the first Huawei handsets with GPU Turbo support.

But what’s GPU Turbo? According to the official introduction, GPU Turbo removes the bottleneck there is between the EMUI operating system, the GPU and the CPU, greatly improving the system graphics processing power, with an increase in efficiency of around 60%.

With this technology, even the lower end Huawei Mate 10 Lite is able play large games smoothly with a frame rate increase of up to 77%; incredible! 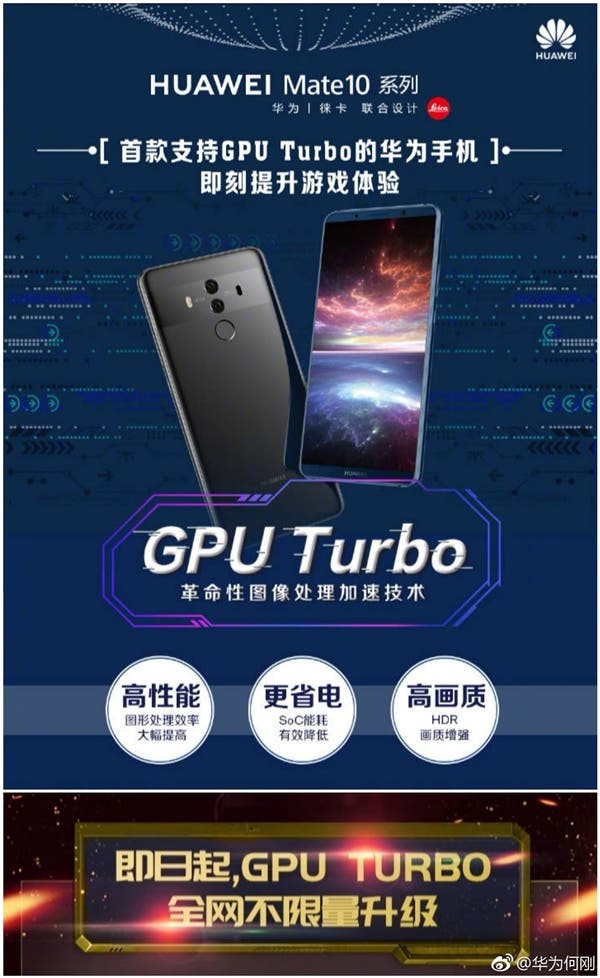 In the future, GPU Turbo technology will also be used in a large scale in mobile graphics processing. Whether it is AR, VR or 3D interactive interface, combined with increasingly sophisticated AI capabilities, it will bring incredible changes to image processing in the mobile scene.

Who’s going to try it out?

Previous New Meizu Phone Gets Certified - Is this the Meizu 16?

Next Samsung Foldable OLED Tech to Go into Production this Summer