While Samsung is gearing up for the Galaxy Note 9 launch, Apple, on the other hand, is rumored to be reading three or even four new iPhones later in Autun 2018. Long before the September due date for the next iPhone,  the rumor mill has been churning out a compelling picture of what’s to come, now with just a month before the arrival of the iPhone 2018, a member of Apple 2018 iPhone line up has been found on the popular cross-platform benchmark Geekbench.

As per the Geekbench listing, the iPhone is listed as the iPhone 11,2 running on iOS 12  out of the box and should come with 4GB of RAM – the highest in an iPhone coupled with a fresh SoC – D321AP which suggests a newer model than the iPhone X’ D22AP.

Although Apple might have finished optimizing the listed iPhone, the presence of a newer SoC and more RAM size hardly results in better performance scores as the device is seen with multiple and single core scores in the neighborhood of the iPhone X.

Recent reports have it that at least one of the three upcoming iPhone models will come with support for Apple SIM, alongside a traditional SIM tray, while another one with dual SIM functionality will launch in markets such as China, where it is forbidden to use Apple  SIM. 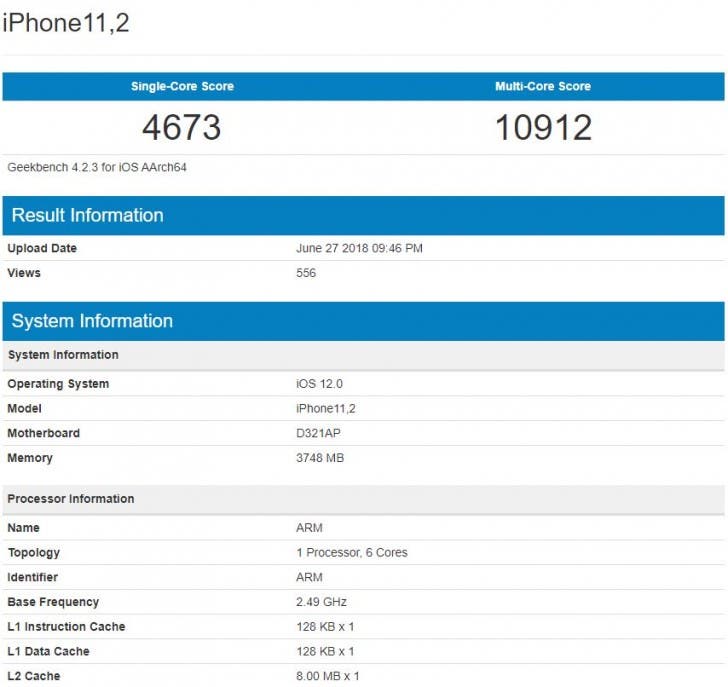