Along with the chips, the importance of storage performance on smartphones has begun to increase over the years. According to the Android Authority, LPDDR5 RAM, UFS 3.0 ROM, and SD Express memory cards will become the key features of the new round of flagship smartphones.

Specifically, the LPDDR5 will reach 6400Mbps, doubling the LPDDR4 and 50% more than LPDDR4X (4266Mbps). According to IC vendor Synopsys, LPDDR5 introduces a dual differential clock system using a WCK clock similar to that found in fast GDDR5 graphics memory. In addition, LPDDR5 will also introduce Link ECC with the ability to recover data from transmission errors. 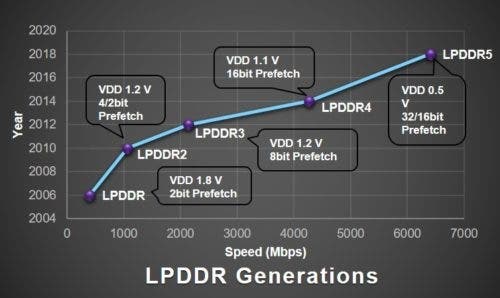 Of course, as it will be adopted mainly by smartphone and Windows-running tablets, LPDD5 has also put a lot of efforts on reducing power consumption. Although the voltage is unchanged compared to LPDDR4X, the current in idle state will be reduced by 40%.

It is rumored Samsung may announce the start of production of LPDDR5 in the second half of this year. However, we aren’t expecting to see the first smartphones with this technology onboard until 2019.

In contrast, the UFS 3.0 standard has been officially finalized by JDEC, with a maximum speed of 2900MB/s, which is a doubling UFS 2.1’s 1200MB/s performance. Each lane can handle up to 11.6Gbps of data, up from 5.8Gbps. Thus, it provides a peak transfer speed of a 23.2Gbps. Of course, the real speed will be a bit lower. Fortunately, all UFS 3.0-compatible devices are required to support HS-G4 (11.6Gbps) and HS-G3 (5.8Gbps). This simply means they’ll be faster than all versions of UFS 2.0. 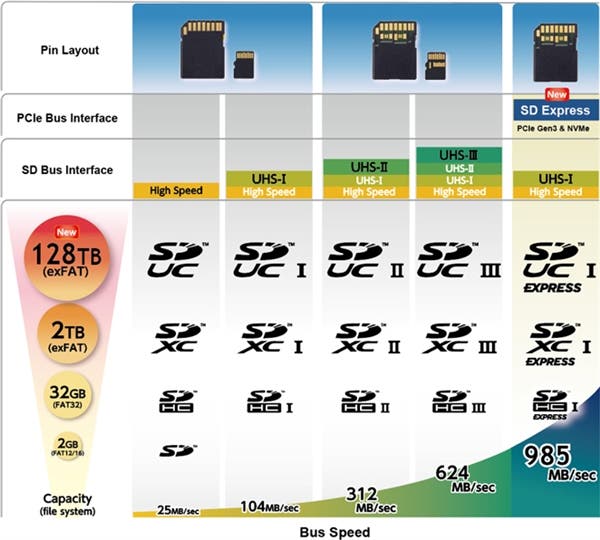 Again, Samsung has launched UFS 3.0 flash memory chip production for the automotive field. The smartphones and tablets are expected to get it in 2019. Maybe, the Samsung Galaxy S10 will be the first to boast of it. 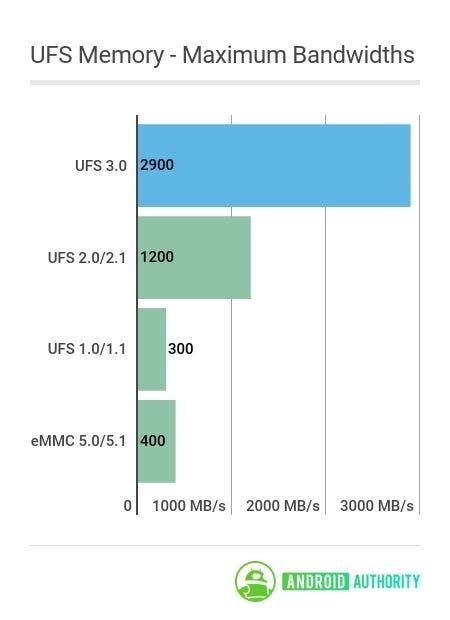 As for the SD Express standard memory card, the maximum capacity (SDUC card) is increased to 128TB, and the speed is up to 985MB/s.

Next Android 8.1 Oreo update canceled for Mi A1 due to sms bug