Huawei’s latest patent titled ‘Wearable device having Bluetooth headset’ details a smartwatch that can store a pair of true wireless earbuds. The patent details a few methods of implementing a watch design that can accommodate a wireless earbud. The patent was approved by WIPO (World Intellectual Property Office) on 28 June 2018. 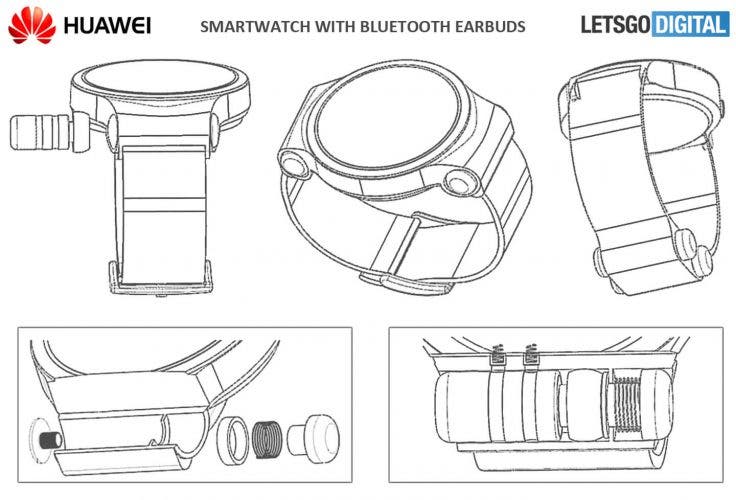 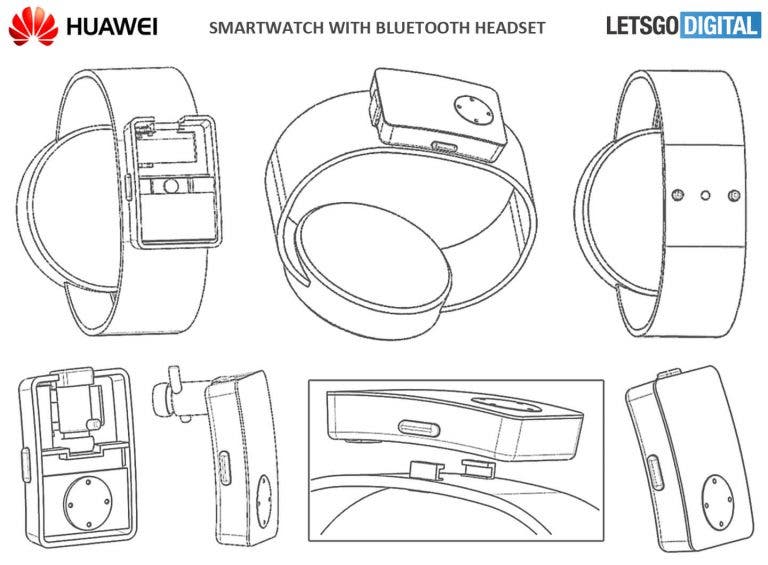 One method details the use of the watch strap to store the earbud. The earbud sits on the latch of the band in some sort of a casing as can be inferred from the image. the complete module can be attached to the band of the smartwatch. While it does seem like a good idea, it’s not the most practical approach. The extra module would make the watch significantly bulky and intrusive.

Another approach uses the watch case wherein the compact earbud is stored. They are kept in place by a spring release mechanism. While this approach is significantly less intrusive, it does not eliminate the bulky attribute.

Huawei manufactures some of the most critically acclaimed WearOS powered smartwatches. It would be interesting to see what they have in store with their upcoming Watch 3. Richard Yu, CEO of Huawei indicated at MWC 2018 that the Watch 3 is currently in development. There is a chance that we might get to see the real-life application of this patent very soon. Huawei has filed quite a few patents around the smartwatch category. A watch band with touch control, a smartwatch with gesture input capabilities and even a gaming smartwatch. All these patents seem quite interesting but whether they would fare well in the real-life scenario cannot be said for sure.

Next HTC Laying Off 1500 Jobs, Almost a Quarter of its Workforce