An unknown device with the moniker Vivo 1805 has made an appearance on the benchmarking site, Geekbench. The listing reveals nothing related to the design or looks of the phone, but throws light upon some of the internals and expected performance of the alleged upcoming smartphone. 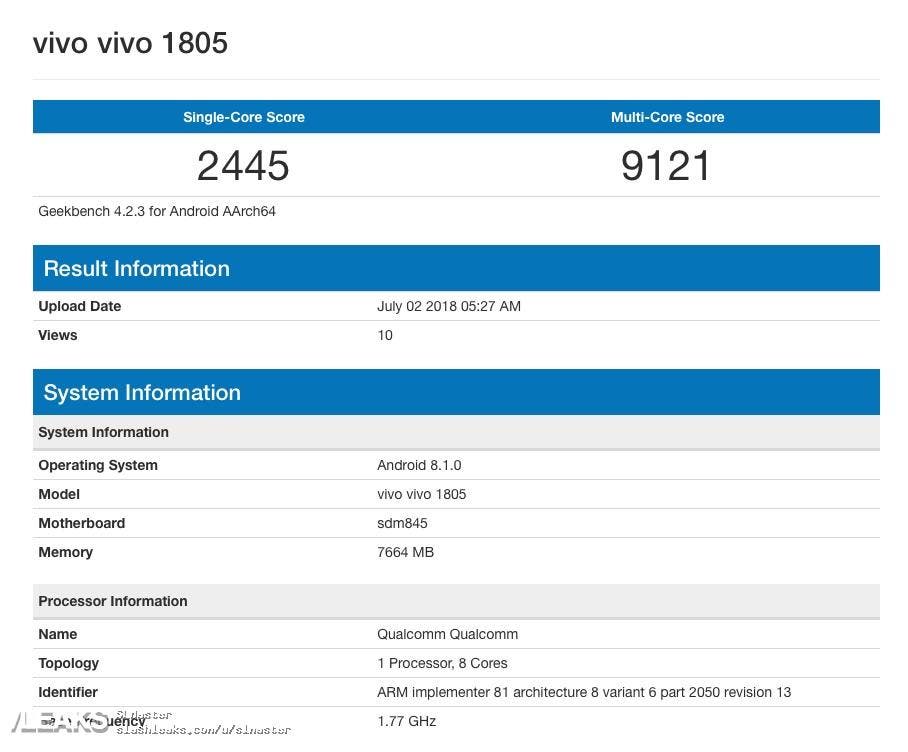 The Vivo 1805 is powered by the Qualcomm Snapdragon 845 clocked at 1.7GHz, Qualcomm’s flagship chipset of 2018. It is coupled with 8GB of RAM while the storage details are unknown. The phone was benchmarked yesterday and scored 2445 points in the single core and 9121 points in the multi-core tests while running Android 8.1 Oreo. The specifications indicate a flagship level smartphone.

Vivo is still riding the wave of its success with the Nex lineup. The NEx lineup is straight out of the future of smartphones with an in-display fingerprint scanner and a pop-up selfie camera. Take cues, Apple. So is Vivo planning to bring about something new? Is the 1805 another innovative project that Vivo is working on? If that’s not the case, then this one is probably a larger memory variant of an existing flagship, but the model number does not ring a bell. Do you know which phone this might be? Let us know in the comments below.