According to artificial intelligence (AI) software analysis of the world’s largest technology companies’ policies, these giants may violate the EU’s latest data privacy regulations. Researchers at the European Union Institute in Florence and the EU consumer organization jointly developed a software and then analyzed the privacy policies of 14 technology companies, including Alphabet Inc., Amazon.com Inc., and Facebook Inc. The software uses natural language processing techniques to compare corporate policies with EU-provided policy models and draws on the above conclusions. 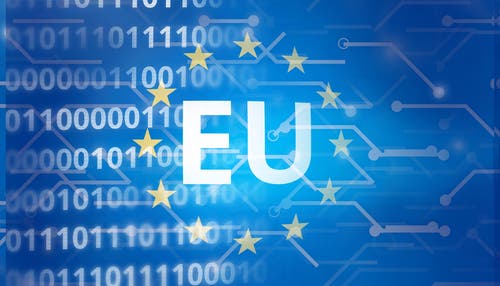 They found that one-third of their terms ‘may have problems’ or contain ‘insufficient information.’ Another 11% of the policy terms use unclear language. The researchers did not publicly disclose which companies’ policies might violate those regulations and only disclosed the overall data.

Europe’s new General Data Protection Regulation (GDPR), which came into effect on May 25, requires companies to clearly and comprehensively explain what data they collect, how they are used, and who they will share with. In many cases, companies must get explicit consent from customers to hold and process their data. Companies that violate the new rule can face fines 4% of global sales.

The problems discovered by the artificial intelligence software (which is called Claudette) include some policies that do not disclose the possible data sharing objects of the enterprise. Some policies even claim that users only need to use their website to agree with their plans and others that used vague and confusing language.

Monique Goyens, director general of BEUC, said the study was ‘very concerning’ and urged EU regulators to look at the possible violations the researchers spotted. “Many privacy policies may not meet the standard of the law,” she said.

A Google spokesperson said the company has updated its new privacy policy and used clear and straightforward language. Amazon said that the company’s policies comply with the GDPR regulations. Facebook has not responded yet.