As if we didn’t have enough Xiaomi phones, gadgets and sub-brands on the market, the Chinese tech giant is now apparently working to launch a new brand – POCOPHONE.

The POCOPHONE is a smartphone that was first discovered around a week go, when it got certified by Taiwan’s NCC (National Communications Commission) sporting the model number M1805E10A. Today, we have same phone hitting FCC with a slightly different model number: M1805D1SG. However, if we look at the FCC-ID in the leaked image, the code is the same as the one we saw on the NCC certification – 2AFZZ-XMSE10A.

In the cover letter that goes along with the FCC certification we also get a quick look at some of the specs the smartphone will pack, such as the support for both 2.4GHz and 5GHz Wi-Fi bands, Bluetooth connectivity and “hardware support for LTE Band 40, that will be disable via software”. 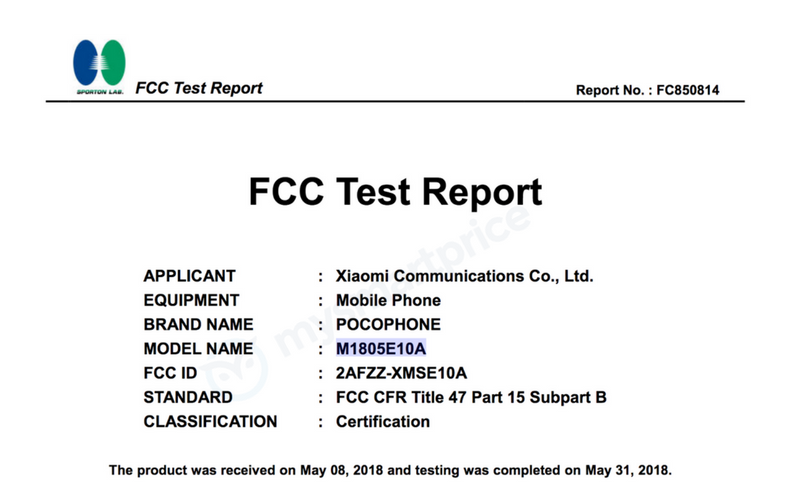 Other details include Xiaomi’s POCOPHONE dimensions at 151mm long, 76mm wide, and 163mm diagonally. The smartphone will also sport a dual camera setup on the back.

What do you guys think this POCOPHONE is about? Could it be a phone aimed at developing countries? Let us know down below!

Previous Huawei isn't concerned with an export ban due to its commitment in following U.S. sanctions