Since the launch of the first generation of TalkBand bracelets in 2014, Huawei’s smartband line has had 3 generations. The biggest highlight of the B1, B2, and B3 was the detachable design of the screen and wristband. This allowed the customers to use it as a standalone Bluetooth headset. According to the latest news, two years after the launch of the TalkBand B3 in 2016, a new generation of these wearables will hit the market in the nearest future. However, seems the company has directly skipped the name B4 and selected the name ‘TalkBand B5.’ 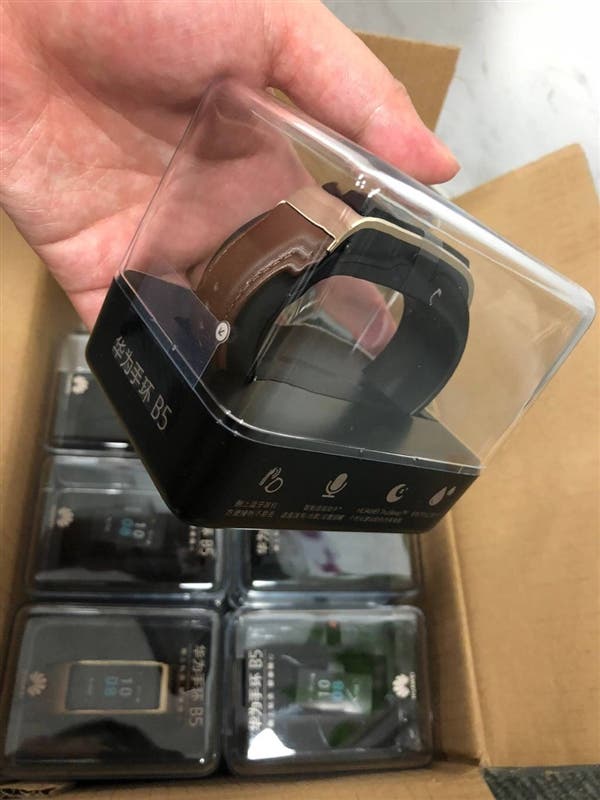 This morning, He Gang, the head of Huawei Technologies’ smartphone unit revealed that Huawei’s new wearable device is coming soon. He said their latest wearable allows everyone to easily talk on the road and improve office efficiency. It is also a ‘fashion item’, making its owners stand out in the office. The target group is locked into business people. He Gang also said that he will share more information tomorrow.

However, we have got some details on it previously, when @evleaks published the first official renderings of the Huawei TalkBand B5. They showed the Huawei TalkBand B5 continues the two-in-one design of TalkBand B3. Thus, the core module is still detachable and can be used as a single-ear Bluetooth headset. The bracelet will be available in at least two color versions: a gold version with a leather strap and a silver version with a metal strap. In addition, the bracelet uses a color screen to display information such as date/time/weather/steps/power/caller ID.

As for now, the first spy photos spotted in the net. They confirm all the information listed above. The box also provides some useful information, including an AMOLED touch color screen, TruSeen 2.0 heart rate monitoring technology, running mode, and so on.

Next Nokia X5 aka Nokia 5.1 Plus Press Renders Leaked