The Samsung Galaxy Tab S4 renders have leaked to reveal the tablet in all its glory. While the Tab S4 has received a change with respect to design, the S-Pen has also been upgraded. The renders are courtesy of Evan Blass (@evleaks) who posted the renders on his Twitter feed.

The Galaxy Tab S4 looks sleek with its metal unibody and significantly thin bezels. The two speaker grills and microphone sit on the top/bottom (not discernable since it is sitting in landscape mode on the keyboard case) of the tablet. The tab is missing a physical home button or fingerprint scanner on the front. The back sports a single camera with a dedicated LED flash. There’s a “Tuned by AKG” branding, so expect decent sound quality on this one.

Let’s talk about the S-Pen. It has received a design overhaul and looks nothing like the S-Pen that accompanied the Tab S3. There’s a high chance that the S-Pen will have Bluetooth. It’s more rounded and has a glossy finish. The button rests at the same place as the Tab S3. There’s another small LED that seems to be a part of a button but we cannot confirm that yet. 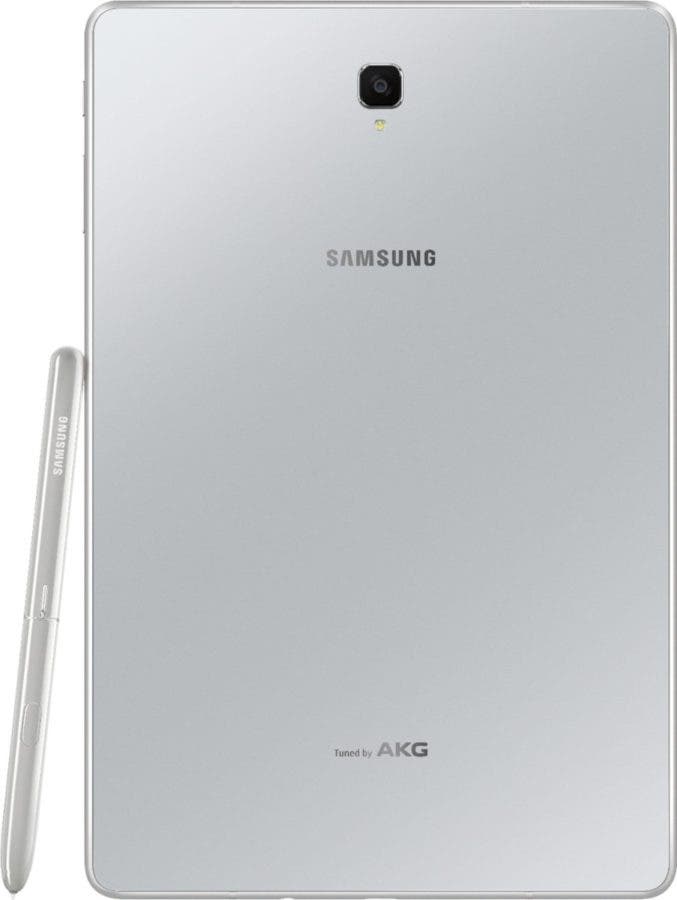 The Samsung Galaxy Tab S4 is expected to sport the Qualcomm Snapdragon 835 SoC coupled with 4GB RAM and 64GB onboard storage, a 10.5-inch display and an 18:9 aspect ratio. The battery on this one is expected to be a massive 7300mAh unit. The lack of a physical fingerprint scanner hints at the presence of facial unlock which has recently become a staple in smartphones. It might even sport an iris scanner or an in-display fingerprint scanner. But those are mere speculations. The launch date has not been specified but we might get to see it on the 9th of August along with the Note 9.