India is the second largest smartphone market in the world so many manufacturers seek to capture this market. However, the country does not have a large flagship smartphone market and there is a huge competition from Apple, Samsung, and Xiaomi. This did not deter vivo from announcing that its flagship NEX smartphone will be arriving India on July 19th. 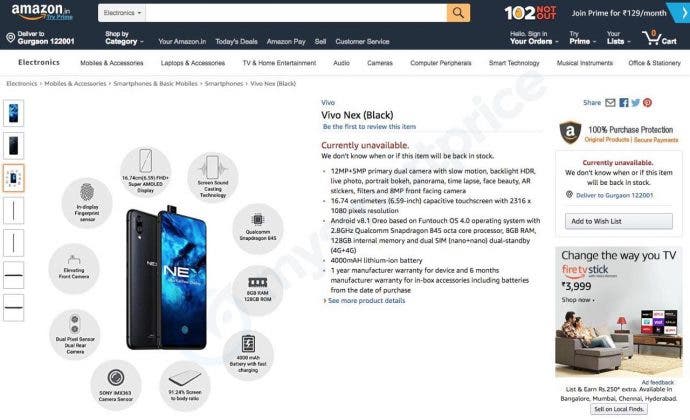 This smartphone will likely arrive in two variants – 128GB and 256GB and according to MySmartPrice it will be launched for Rs. 48,990 ($716) and pre-orders will commence on 19th July. This price is probably the price tag of the lowest variant. Earlier today, oppo FIND X was launched in India for Rs. 59,990 ($876) which is way higher than the vivo NEX price. These smartphones both uses an upsliding periscope structure which contains the cameras but the oppo FIND X system more advanced as it contains both the front and rear cameras on the periscope while the NEX S has a a smaller motorized module for just the front camera. 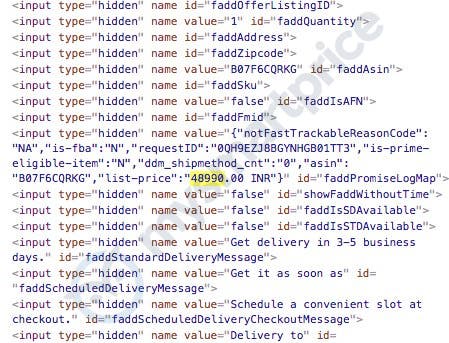 As of last week, this smartphone has been listed exclusively on Amazon.in. The vivo NEX series has the NEX S and NEX A but from the listing, India will be receiving the NEX S simply called “vivo NEX”. Considering the nature of the Indian smartphone market, do you think the vivo NEX will be a success in India? Let us know your thoughtsin the comments below.

Next BlackBerry starts the Android Oreo beta program for the KEYone