In recent times, there has been a lot of fuss regarding the upcoming Xiaomi Mi Max 3. According to the company, there will be a global conference on July 19th where this smartphone is expected to be released. Today, Xiaomi took to its official Weibo handle to share a new poster of this phablet. The poster came with the caption “6.9-inch giant screen full screen, playing the Glory of the King is __”. “King of Glory” is a game but the translation from Chinese is probably wrong. However, we can see in the image that the frame rate is stable around 60 frames, and the fluctuations are minimal. If we are to believe previous reports, this phablet is probably powered by a Snapdragon 636 processor. 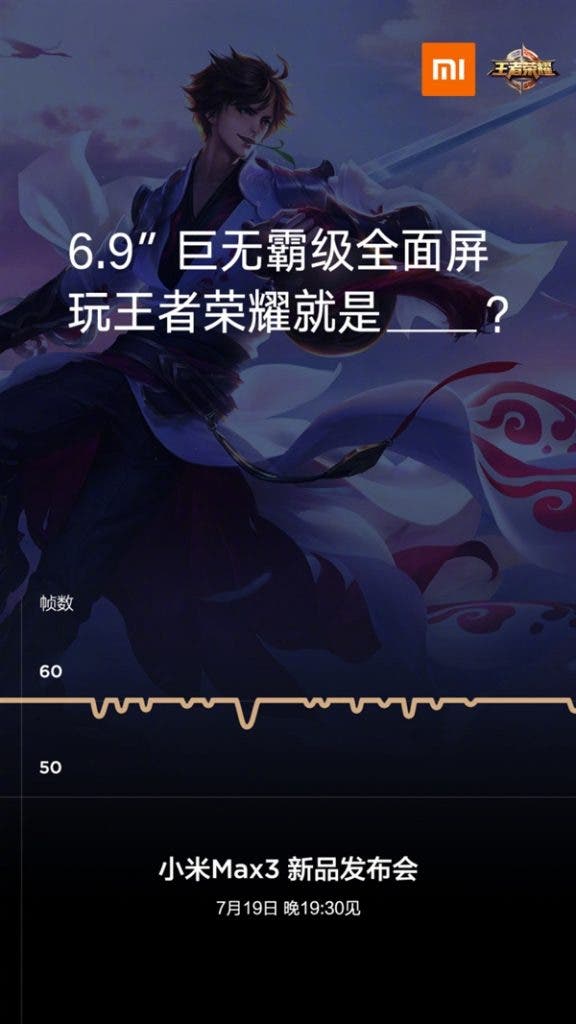