HMD Global has a couple of unannounced products under its sleeves. The botched Nokia 5.1 Plus aside, reports have it that the firm would be announcing the update to the Nokia 6.1.

Dubbed the Nokia 6,1 Plus, the upcoming smartphone as we reported earlier isn’t an entirely new offering, instead, it is a rebadged Nokia X6 destined for international markets outside of China. The device is set to make its international debut later on July 19 in Hong Kong, and while we are a  couple of days away from the launch date, the Nokia 6.1 Plus has made a stopover on the Geekbench database.

A different moniker aside, the Nokia 6.1 plus is expected to pack identical hardware to the China-only Nokia X6 but will ditch Nokia’s custom UI for a pure Android experience. The Geekebch listing reveals the device will house the Snapdragon 636 SoC coupled with 4GB of RAM, but a higher 6GB RAM variant could also be released.

Other specs include a notched 5.8-inch IPS LCD display with an FHD+ resolution of 2280 x 1080 pixels and an aspect ratio of 19:9, 32GB/64GB storage, dual rear cameras with AI, 3060mAh battery with quick charge 3.0, dual SIM support, rear-mounted fingerprint sensor as well as support for Face Unlock. 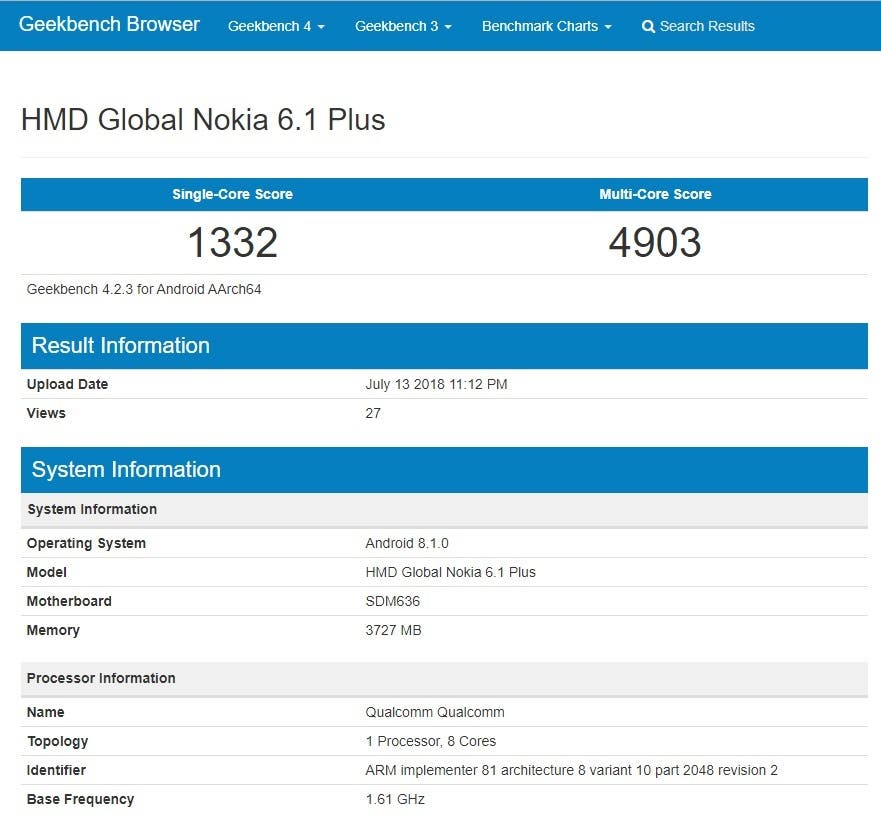