We know Meizu Technology founder Huang Zhang is actively participating in making the Meizu 16 and its larger version of the Meizu 16 Plus. At the same time, we have heard too much about this handset. It is going to be a genuine flagship, which will be ready to compete with such beasts as the Xiaomi Mi 8. This also means it will be priced affordably. Anyway, today, the front panel of the upcoming Meizu flagship leaked on Weibo, showing quite interesting design style. 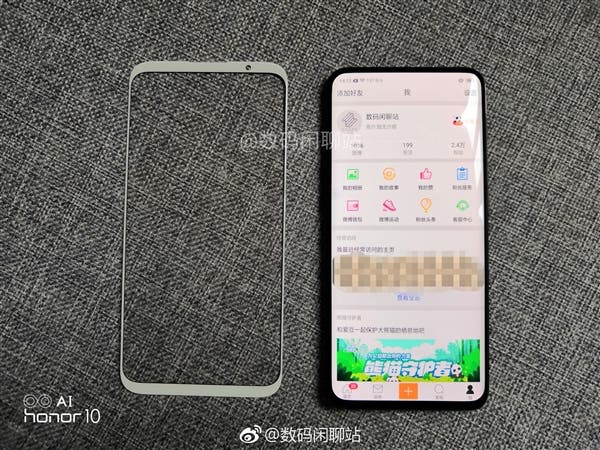 According to the spotted photo, the Meizu 16 Plus comes with a narrow forehead and a chin. The front camera is moved to the right in comparison to the centered front-facing camera of the Meizu 15. Previously, Huang Zhang has said our protagonist will use these design elements and its forehead will be narrower than that on the Samsung Galaxy S9+. The Meizu 16 Plus also was said to come with a moved camera sensor because of dual-speaker used in it.

As for core configuration, it’s said the Meizu 16 Plus will be packed with a Snapdragon 845 chip, an 8GB of RAM, and on-screen fingerprint recognition support. By the way, its regular version, the Meizu 16 is said to come with identical features.

Apart from this, we have heard too much about the Meizu X8, which will be packed with a Snapdragon 710 chip like the Xiaomi Mi 8 SE. But Huang Zhang has said it will sport better configuration than its main rival. Plus, the pricing should be around 2000 yuan ($299). Both phones are expected to come in August.

Next Nokia 6.1 Plus surfaces on Geekbench

Meizu 16 to debut in India on December 5