On July 19th, Xiaomi will release its new huge screen phablet, Xiaomi Mi Max 3. There have been a lot of rumors and speculations with respect to the arrival of this device such that nothing is entirely new. However, most of the specs we know are speculated but the company is beginning to confirm some of these specs of this phablet as the launch date draws near. After releasing a poster which confirms that Xiaomi will collaborate with Tencent Video for the launch of the Xiaomi Mi Max 3, the company released yet another poster which confirms that this phablet will come with a huge 6.9-inch display (18:9 aspect ratio) coupled with a huge 5500 mAh battery. Recall that TENAA had listed this device with a 5,400 mAh battery which is slightly lower than this recent information. 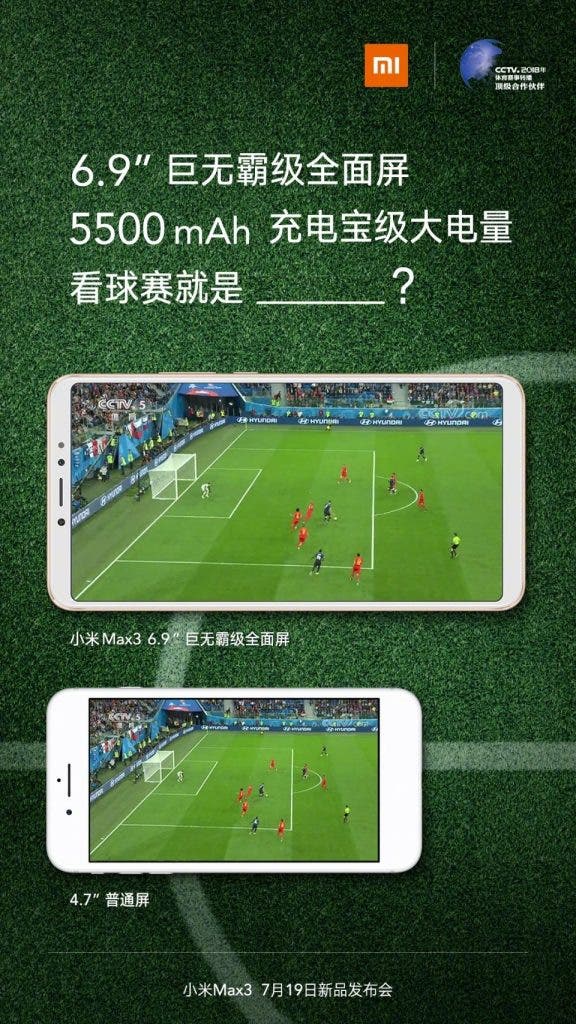 In terms of the battery, Xiaomi is upgrading from the previous generation, Xiaomi Mi Max 2 which uses a 5,300 mAh battery. So far, speculations have it that this phablet will use a 2160×1080 resolution screen and will be powered by a Snapdragon 636 processor. However, there will be a Pro version which will be powered by a Qualcomm Snapdragon 710 SoC. The processor will be supported by 4GB of RAM and 64GB of internal storage. In the camera department, we expect a 12MP+5MP dual rear camera setup with dual-core focus and this phablet will be optimized for “king glory” and other mobile games.

Next Xiaomi Opens The Largest Mi Store In The Beijing Area