All the fuss regarding the Xiaomi Mi Max 3 will end on the 19th of July when this phablet will be launched. In all honesty, there has been so much information on this device such that the company needs something special if it is to surprise smartphone enthusiasts on launch day. This morning, the official Weibo account of Xiaomi Mobile released a new poster suggesting that Xiaomi will collaborate with Tencent Video to launch the Xiaomi Mi Max 3. Tencent Video is a Chinese video streaming website owned by Tencent and as of April 2018, it has over 500 million mobile monthly active users, and 63 million subscribers. 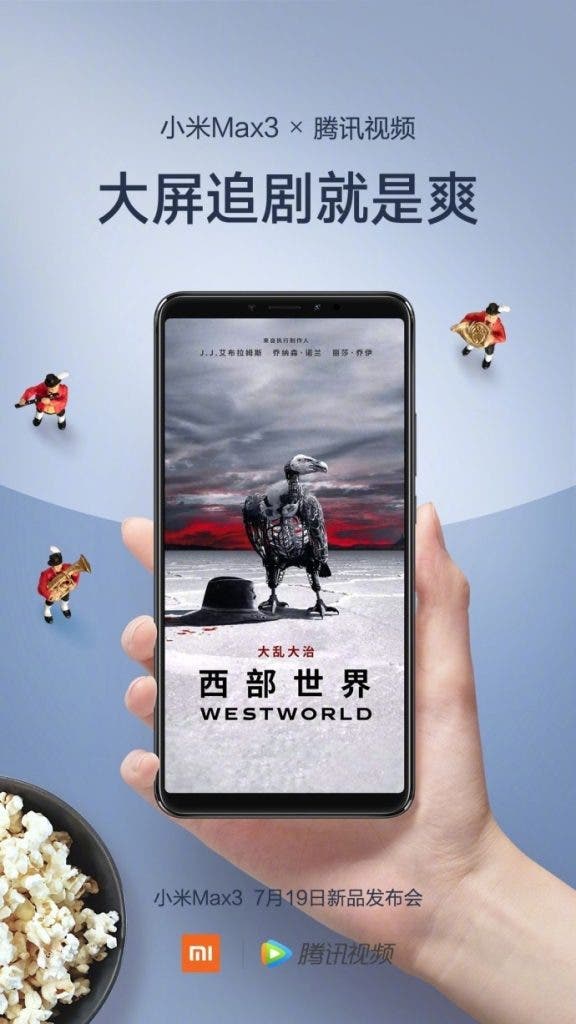 The latest poster comes with a write-up in Chinese which we have managed to translate as “big screen chase is cool” and this probably points to the huge 6.9-inch display of this phablet and its cool performance. In addition, the poster also has the phrase “Westworld” followed by the logo of Xiaomi and Tencent Video. 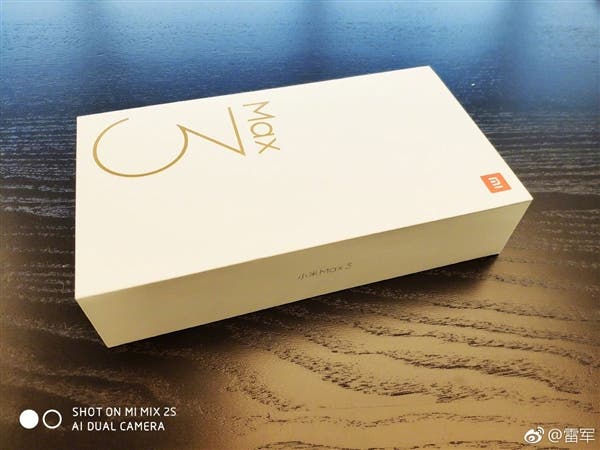 Westworld is a sci-fi series released by HBO and the second season of the show returned on April 22. In China, it is broadcasted exclusively on Tencent Video TV. According to reports, Tencent Video Vice President Yan Na will be at the launch event on 19th July which confirms that Xiaomi will corporate with Tencent Video and we expect to see some rich video content in this phablet.

Previous This Week on GizChina - Mi Max 3 is Coming, Meizu 16 Leaks and More