Three Apple iPhone display panels of sizes 5.8-inch, 6.1-inch and 6.5-inch have made an appearance hinting at an imminent launch of the next batch of iPhones. Owing to the surprising success of the iPhone X, Apple seems to have decided on eliminating the fingerprint scanner for good. The display panels are proof of the same.

All three panels differ only in size. They house the same amount of sensors below the display module and have zero space for a chin. It’s safe to say that any Apple iPhone this point forward will look like the iPhone X, at least the next generation will. Another report says that there will be a variety of colours to choose from on the next gen of iPhones. 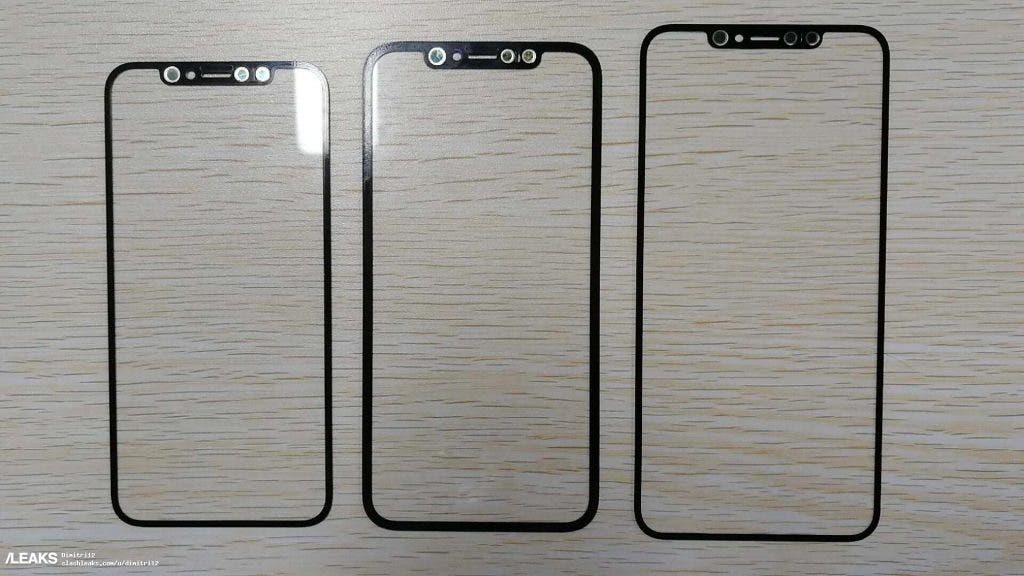 Apple has had a tendency to start a trend, which they did with the iPhone X too, but not without a barrage of issues. The unreliability and expensive nature of Facial Recognition have still kept the market stuck on fingerprint scanner as the primary method of security. Each year Apple unveils a piece of tech that exhumes what is generally referred to as “innovation”, which was true until a few years ago. What Apple has in their minds for the coming year is still a mystery. Hopefully, it’ll be some real innovation than what we saw last year. Fingers crossed!