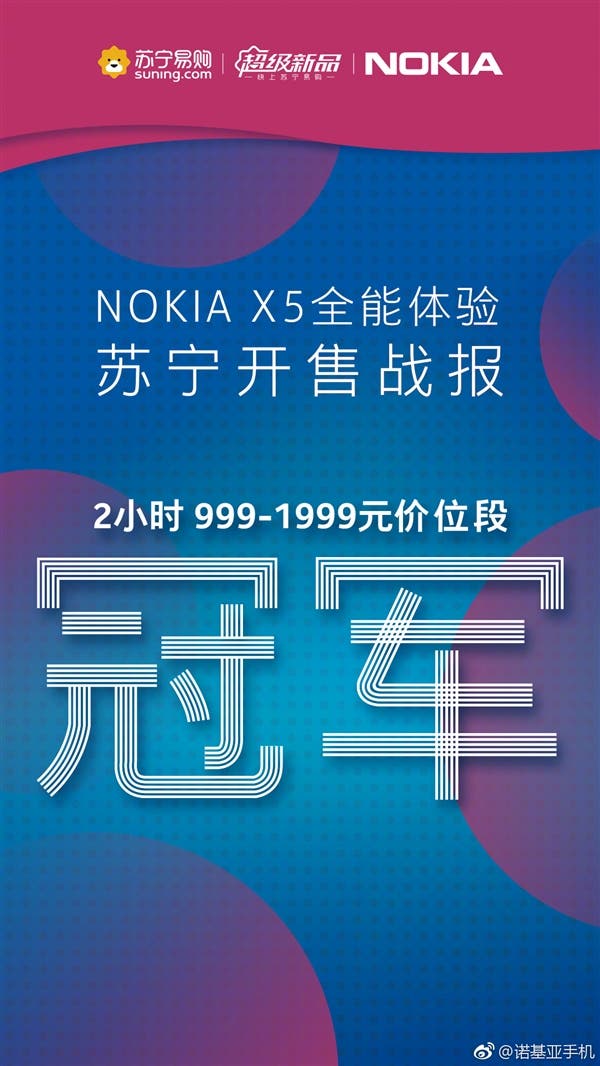 Though it’s a cost-effective smartphone, there are many worthy features we should pay attention to. Say, it is equipped with a MediaTek Helio P60 processor, which is based on a 12nm process technology, composed of Cortex A73 × 4 + Cortex A53 × 4, and paired with a Mali-G72 MP3 GPU. That’s why it scores around 130,000 points at AnTuTu, which is close to the performance provided by Snapdragon 660.

Besides a powerful performance, the Nokia X5 also stands out due to a long battery life. According to the official introduction, the phone is equipped with AI smart power-saving technology and optimized performance management mechanism, which is 15% higher than the mainstream 14nm CPUs. Under the hood, it carries a 3060mAh battery.

Other specifications include a 5.86-inch 19:9 display, a 13MP + 5MP rear dual-camera, an 8MP front-facing camera, and a Type-C interface. In addition, the Nokia X5 is equipped with the native Android system, reducing pre-installed software, eliminating small ads, and greatly reducing the pressure on the body memory. The security update patches are provided every month, and the upgrade to the Android P system can be prioritized to unlock more intelligent new experiences.

Nokia G11 Plus unveiled with 90Hz display and 50MP camera