Believe it or not, but the $1k iPhone X is currently the best selling phone of 2018. Apparently, the four figures priced phone is still trending due to its full-screen design, which has only seen some competition in the recently launched Vivo NEX and Oppo Find X. Two other phones that aren’t too affordable either, if we have to be conscious buyers.

As we all know, Chinese phone makers are the best in reproducing the latest trends in tech and so, after releasing the rugged Blackview BV9500 a couple weeks back, the company is now launching a new full-screen device with lots of features and an attractive design – the Blackview A30 – with a starting price of just $69.99.

Blackview A30’s main specs include a 5.5-inch display with a 19:9 aspect ratio, which gives it a slimmer profile and makes it easier to use in one hand. We can have a first look at that in the video below:

The A30 is also coming with the latest Android 8.1 Oreo out of the box, which should take full advantage of the 2GB of RAM and 16GB of internal storage we find on-board. Follows a speed comparison between the A30 and the iPhone X:

The smartphone is equipped with an 8MP dual rear camera setup, meanwhile at the front we find a 5MP shooter for selfies. The camera has also been optimized to offer a better shooting experience, by focusing on reproducing more natural-looking colors compared to what is found on similarly priced smartphones. A quick demonstration of that:

Finally, we are really surprised to learn that the phone does sport Face ID for unlocking, which isn’t a given in this price range.

So, overall, the Blackview A30 appears to be a really interesting option in its market segment, Mostly because of its incredibly low price tag of $69.99 (if purchased between July 23rd and 31st). Click here to learn more about it. 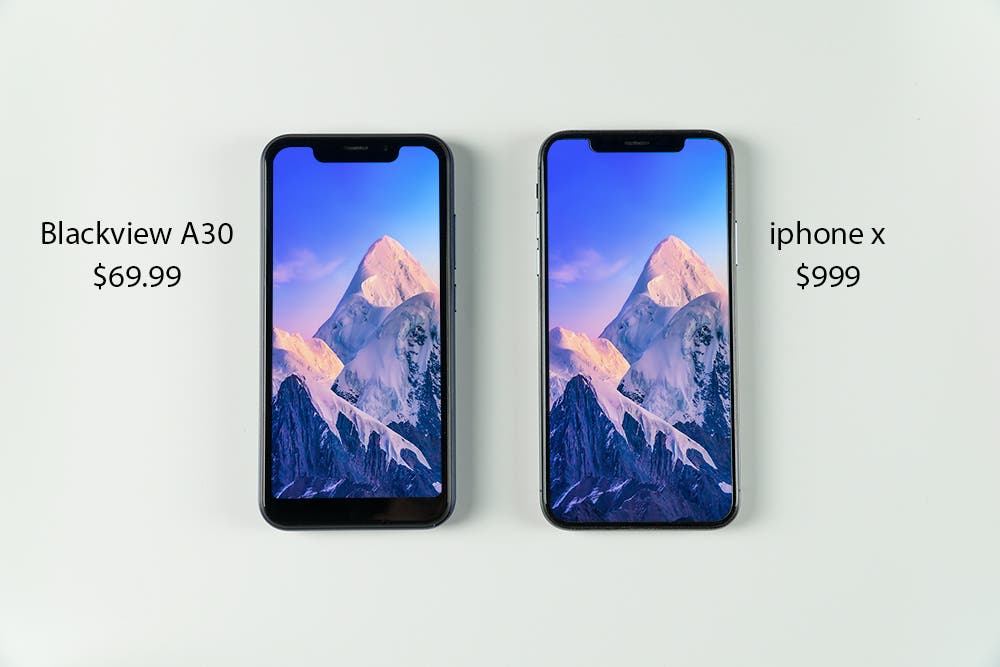 What do you guys think about this iPhone X clone? Is it worth a shot for the price? Let us know down below!

Previous CUBOT's Summer Sale Goes Live - Save Up to $80

Next UMIDIGI One Pro VS Honor 10: Which one is Better? (Video)