We’re probably only a month away from contemplating the final release of Android P, that until that occasion, will have its name revealed. Despite the imminent release of Android 9.0, some brands are still pushing the Android 8.0 update for its handsets. The latest smartphone to receive the 2017’s Android cookie is the LG V20.

The update is being rolled out through OTA and the first versions of the V20 to receive the update are the F800L, F800K, and F800S. All these models can be found on the company’s homeland of South Korea. The newest build weighs in at 1.6GB carrying V20c-JUL-06-2018 serial. 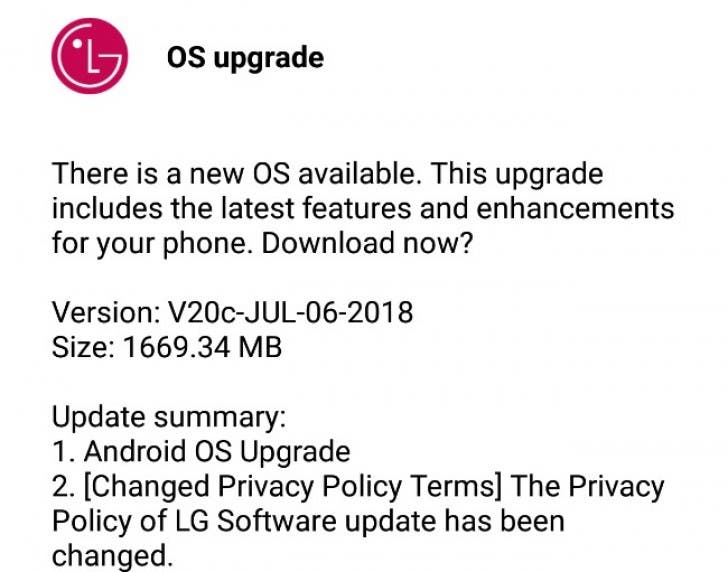 LG usually release the first batch of updates on its homeland, if everything goes as planned, the company will start to expand this update availability to other countries on the globe where the LG V20 is available. If you own any of the above models of the handset, you should consider that this update will be incremental, so it may take some days before appearing for all the handsets.

The company also provided the complete changelog of the Android 8.0 update for the LG V20. For more details just check the complete list of changes, listed below: