The Samsung Galaxy Unpacked event on the 9th of August will see the unveiling of quite a few devices. To name a few, the Galaxy Note 9, Galaxy Watch, Wireless Charger Duo, etc. Just weeks before the stipulated launch, the Samsung Galaxy Watch was listed on Samsung’s website, affirming the name of the watch. The page was later taken down but was up for enough time for web sleuths to take a screenshot. 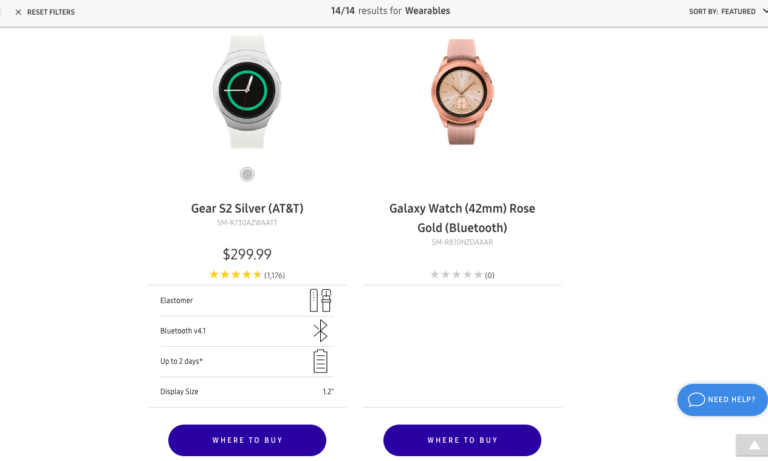 The listed variant is a Rose Gold(42mm) model. The model number on this one is SM-R810NZDAXAR, a name that has not been spotted anywhere till now. The Galaxy Watch is going to be the successor to the Gear S3, a naming convention that Samsung will give up on starting this year. The link to the watch page was reported dead so no specs or any other info could be gathered from the listing. The watch much more elegant than the Gear S3. Samsung might unveil a sportier variant of the Watch if an earlier listing is to be believed.

Samsung is rumoured to launch the Galaxy Watch alongside the Note 9. The Wireless Charger Duo leak confirmed that wireless charging will be a part of the Samsung Galaxy Watch. We’ll know for sure what Samsung has in store for us on August 9.