Xiaomi’s new mid-range killers for their European customers were launched yesterday in Spain, we’re of course talking about the Xiaomi Mi A2 and A2 Lite. The first of the two, being the better specc’ed one has been announced with a starting price of 249€ ($292).

Well, apparently online store GearVita did not receive the correct market price as they’re selling the handset way below that price point. Either that, or they’re willing to sell them at loss in order to get some notoriety. Anyhow, great for us customers!

So, let’s begin to put down some of the reasons that make the Xiaomi Mi A2 a great mid-ranger. First things first, the smartphone comes with a beautiful 5.99-inch display with an 18:9 aspect ratio and 1080 x 2160 pixels resolution in a body that’s only 7.3mm thick. The Mi A2 then boasts a powerful Qualcomm Snapdragon 660 octa-core processor with intelligent task allocation, which can achieve an Antutu score of over 140,000 points, making it an incredible upgrade over the original A1. 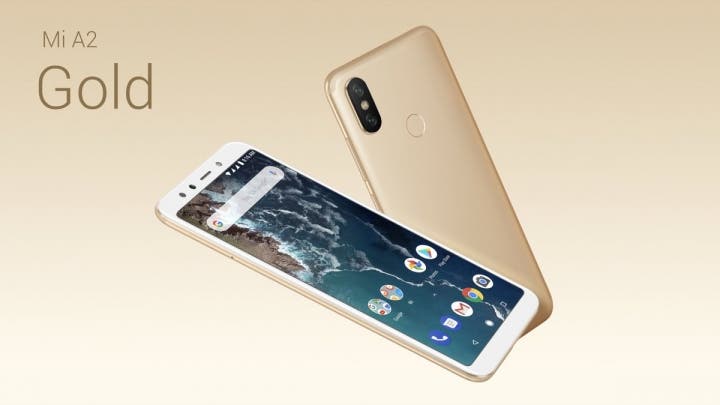 The camera department is another great leap forward, the smartphone now comes with a 12MP Sony IMX486 coupled with another 20MP Sony IMX376 sensor both of which have an f/1.75 aperture and large pixel size. Meanwhile on the front we find a second 20MP snapper for selfies aided by a soft selfie light and auto HDR mode. Of course, we also get the fancy bokeh effect via software as any latest Xiaomi device.

Finally, what will actually bring some new people to the Xiaomi brand is the integration of a stock Android OS on the A2. Xiaomi’s A series is indeed part of the Android One program, which means it’ll be supported for longer and get updates faster.

The Xiaomi Mi A2 is a great deal even at launch price, but over at GearVita you can save quite a bit thanks to a couple of coupons.