It’s a few weeks before the Samsung Galaxy Note 9 will become official. There has been a barrage of reports surrounding Samsung’s next phablet. With reports popping from every side, there’s hardly anything left to imagine. In the latest leak, the specifications of the Note 9 have been confirmed. 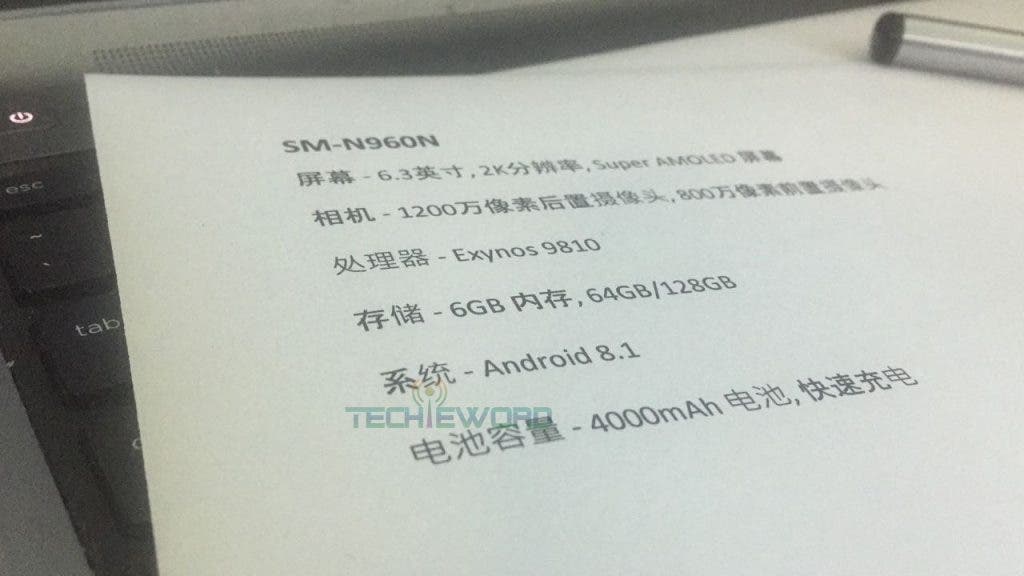 The leak clainms that the note 9 will sport a 6.3-inch Super AMOLED 2K display. It will be powered by the Exynos 9810. There will be two memory variuants, 6GB+64GB and 6GB+128GB. Seems like there won’t be an 8GB variant. The primary sensor on the dual camera setup on the back will be a 12MP snapper, but the specs of the secondary sensor are not known. The front will be adorned by an 8MP snapper. Android 8.1 Oreo will be a part of the unit with Samsung’s bloated UI on top for sure. A massive 4000mAh battery will power the Samsung Galaxy Note 9.

Some of the listed specifications were leaked earlier and corroborate with this listing. The Note 9 is alls et to be unveiled on the 9th of August at the Galaxy Unpacked event in New York. The wireless Charger Duo and Galaxy Watch are also expected to be launched on the same day. The Note 9 will be up for sale before the end of August.