Huawei has debuted the Nova series of phones in India today with the announcement of the Nova 3 and Nova 3i. Both handsets have just also been introduced in China and share many similarities and a few key differences between them. The Nova 3 costs Rs 34,999 and comes in just a 6GB + 128GB variant while the Nova 3i will retail for Rs 20,999.

Starting with similarities, the Nova 3 and Nova 3i both boast of a similar glass-coated metal body design that we’ve seen earlier on so many Honor phones. There is negligible difference in the dimensions and weight of both devices and you can’t tell them apart easily.

They both flaunt a 6.3-inch Full-HD+ display with a resolution of 2340 x 1080 pixels. The software is the same as well as both run Android 8.1 (Oreo) with EMUI 8.2 on top of it. Moreover, they both also share the same front camera specs – 24MP f/2.0 lens, secondary 2-megapixel sensor. But the similarities end here. 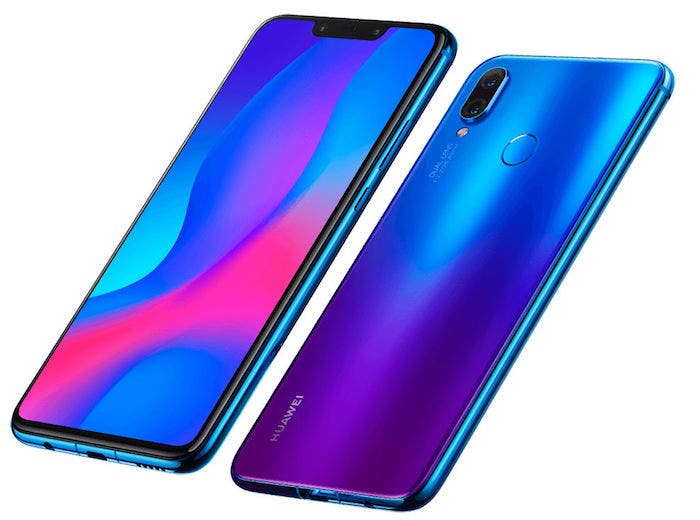 Being the lower-priced variant, the Nova 3i has a new Kirin 710 SoC and this is the first Huawei device in India with this particular chipset. It also has less RAM 4GB while storage is equal to the Nova 3 – 128GB, a nice move by Huawei. We’d like brands do this more in budget phones. The Huawei Nova 3i also has a weaker rear camera, in terms of specs. The primary sensor is the same as the Nova 3 – a 16MP shooter but the secondary shooter is 2MP. Also, the battery on it is smaller as it is a 3,340mAh pack.

The Nova 3 is a true budget flagship with a Kirin 970 SoC and 6GB of RAM. Storage is same as its smaller sibling and there are no variants, this is the only one. The rear camera has a 24MP secondary sensor besides the 16MP primary sensor common in both phones and the battery size is 3,750mAh. That about sums it up for differences.
The Nova 3 will go on sale on August 23rd and the Nova 3i on August 7th. The duo will be available in Iris Purple and Black shades and pre-orders are live for the two handsets.

Next Qualcomm Gives Up On The Acquisition Of NXP