Coolpad has been laying low for some time after its partner LeEco has cooled down in the smartphone segment of China. However, it suddenly sneaked up this month and just launched the Cool Play 7. The handset is available on JD.com for pre-order and it will have a formal launch on July 30 in the China.

The Cool Play 7 is has a 5.85-inch Full-HD+ display and this is probably Coolpad’s first phone with a notch. It has a 19:9 aspect ratio. Underneath the Cool Play’s screen is the brain of the phone – a quad-core MediaTek MT6750 clocked at 1.5GHz which on paper doesn’t look very cool. The handset has 4GB oF RAM and 64GB of expandable internal storage (up to 128GB). 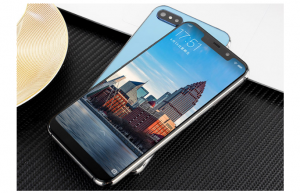 The handset has a dual camera setup at the back The module is placed horizontally on the top left corner. The primary shooter is a 13MP sensor and is supported by another 13MP sensor while the front has an 8MP selfie taker. Coolpad has fitted the Cool Play 7 with a 2,800mAh battery that is tasked to run Android Oreo. The handset has face unlock, dual SIM, and 4G VoLTE capabilities as well. Coolpad hasn’t announced the price of the Cool Play 6 successor. We’ll have to wait till the end of the month for that information.

Next Huawei debuts Nova series in India with the Nova 3, Nova 3i