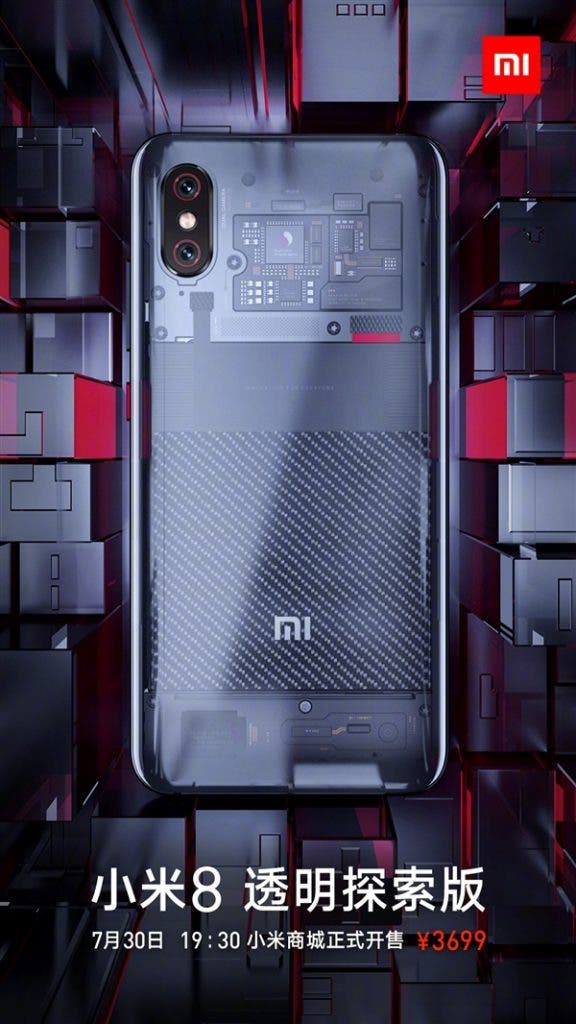 The company did not state the number of units available but we know that Xiaomi initially had a stocking issue with the Xiaomi Mi 8 thus we don’t expect the Mi 8 EE to be any different giving that it is a special edition.

In addition to the Snapdragon 845 processor and a dual-frequency GPS, the Xiaomi Mi 8 Explorer Edition also has three unique highlights. First, it comes with the world’s first pressure-sensitive on-screen fingerprint module. The introduction of a high-sensitivity pressure sensor means that the finger does not need to stay too much on the screen when unlocking. With a gentle press on the screen, you achieve a clear fingerprint image, with vibration feedback, so that the unlocking experience is smooth.

Secondly, the rear fuselage is completely transparent, so you can see the internal structure of the mobile phone from the back. It has a new design NFC coil, Kevlar textured battery decoration and high-precision components which shows its beauty from behind.

Thirdly, the Xiaomi Mi 8 Explorer Edition is the first Android phone that supports “Face ID” . Unlike the iPhone’s speckle structure light scheme, the coded structured light scheme uses 33,000 coded dot matrix projected by a dot matrix projector. It creates a millimeter-level 3D facial model that can be cracked down to a millionth of a probability.

Next Coolpad Cool Play 7 sneaks up on JD.com, formal launch on July 30