We have recently seen leaked images of the Mi Mix 3 and it appears the series is heading the NEX way by stripping almost all bezels on the front screen. This is a necessary design change if Xiaomi is to justify the existence of the Mix phone. After all, it was Xiaomi that sensationalized the full-screen design with the Mi Mix. Now in order to stay ahead of the race, it has to shave off all bezels from the front display. 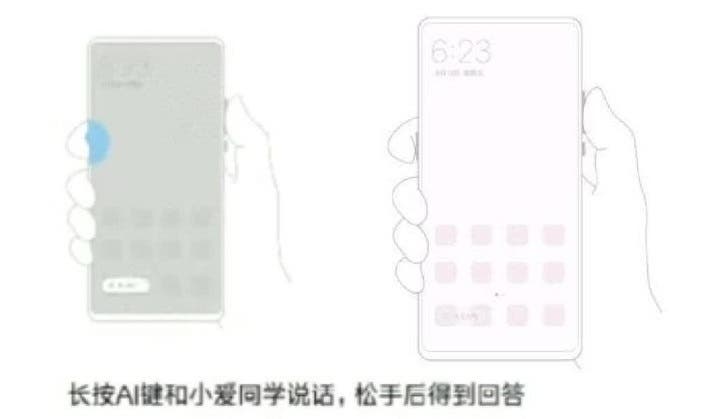 A new hint coming from an unlikely source has once again reiterated Xiaomi’s new full-screen design is not just our imagination playing with us. It is real. Software images of MIUI 10 procured by a blog linked below have revealed a complete bezel-less phone with dedicated AI buttons on the left edge of the phone. Since no phone can come close to this bezel-less design except the Mix series, this is believed to be the Mi Mix 3. What makes the full-screen possible is similar to the Vivo Nex, as far as leaks have showed us. Xiaomi plans to install a pop-up camera much similar to the Nex on the device and an on-screen fingerprint scanner has also been hinted at. All this leads to a completely bezel-free design, perhaps even outdoing Vivo’s solution.

The source also suggests Xiaomi might be using Samsung’s COF packing tech to keep the bottom bezel at its bare minimum of 3mm. The Mi Mix 2 was launched in September last year but it had the bottom bezel that was necessary to house the front camera. The Mi Mix 3 will do away with that and also feature a Ferrari Edition with 512GB of storage. Rumours suggest a price of around $510 as a starting point for the base model.

Next Xiaomi Phone With Snapdragon 855 Appears On Geekbench