While we are setting our eyes on the imminent arrival of the Galaxy Note 9, the guys over at Samsung mobile appears to be hard at work preparing a few other devices for different market price segments. Earlier today, it was reported the firm could soon launch a rebadged Galaxy J8 in India, and now a newly found Geekbench database record suggests we might be seeing another device likely from the A series soon.

An unannounced smartphone from Samsung identified by the  SM-A750FN model number has just surfaced on the Geekbench database revealing some key details of the device. The identity of the device hasn’t been confirmed, however, there are those that believe it could be the Galaxy A7 (2018), and if that pans out, then it might be a subtle confirmation that the Galaxy A series may be safe from waves of retirement blowing across the Note and the Galaxy J series.

On the performance scale, the device was able to score 1526 single core score and multi-core one of 4265 all thanks in part to the 1.6GHz octa-core Exynos 7885 chipset which currently powers the Galaxy A8 2018. The SoC is coupled with 4GB of RAM and should run Android 8.0 Oreo out of the box. 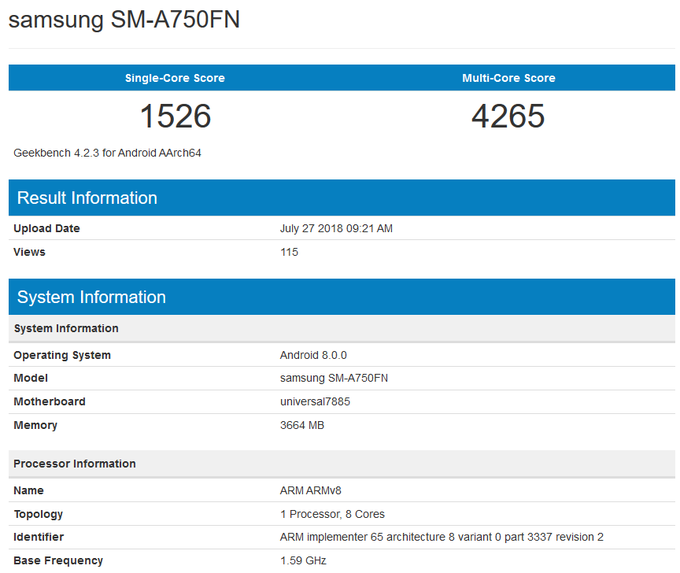