The next big thing about the smartphone industry will undoubtedly be marked by the advent of foldable smartphones. Huawei is one of the companies that are working hard to develop its own foldable smartphone, to be followed by Samsung and its Galaxy F. Curiously the South-Korean company was the first to show plans of releasing a device of this kind, however, Huawei is doing the best to release its own solution before the world’s first smartphone manufacturer.

According to a set of new fresh reports, those two giants will not remain alone on the race for this new trend. Xiaomi is one of the companies that has reportedly begun the development of its own foldable smartphone. In counterpart to Samsung and Huawei solutions, that have an in-fold design, Xiaomi will ship a smartphone that folds outwards. Xiaomi’s variant will be able to offer a compact package that can expand its display surface by user’s will. Another point of this release is unclear, and we’re talking about the price of this new handset. Samsung Galaxy F is rumored to cost more than $2000, but that fits perfectly with Samsung usual profit margin, Xiaomi on other hand has committed a maximum profit of 5% above its smartphones. Thus making Xiaomi’s foldable smartphone one of the cheapest solutions of the industry. 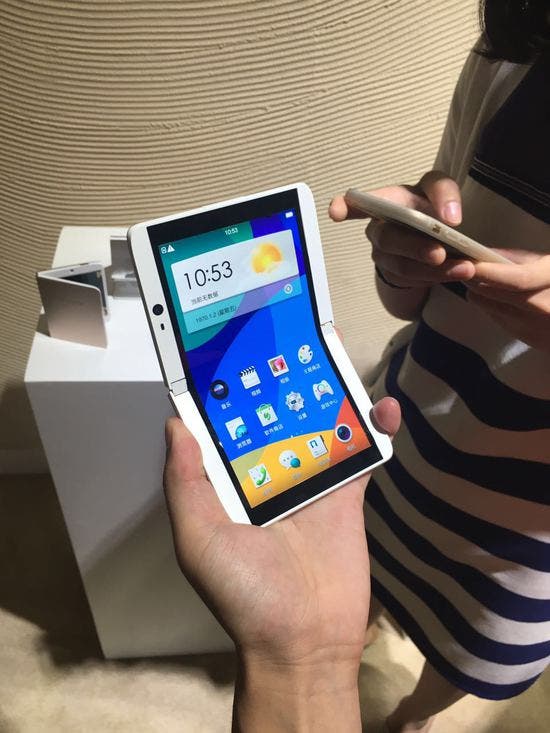 In addition to Xiaomi, another innovative Chinese company is about to enter on this foldable smartphone bandwagon, and we’re talking about the mother of Oppo Find X. Worth mentioning that no timeframe has been provided for the Oppo’s foldable smartphone release, but a number of patents suggest that the company is indeed working on a handset that can be folded. When it comes to the price, Oppo seems to be adopting the same market strategy as Samsung, so expect a high price for this new piece of technology.

Until the moment any information is scarce, but we can already state that 2019 will be the year of foldable smartphones, with four models being produced by big companies. Worth mentioning that both LG and Motorola could soon join to this group of companies, increasing the number to six – However, considering how new this technology will be at launch, we suppose that those foldable smartphones will come on limited quantities.

Next Supposed Galaxy A7 (2018) shows on Geekbench